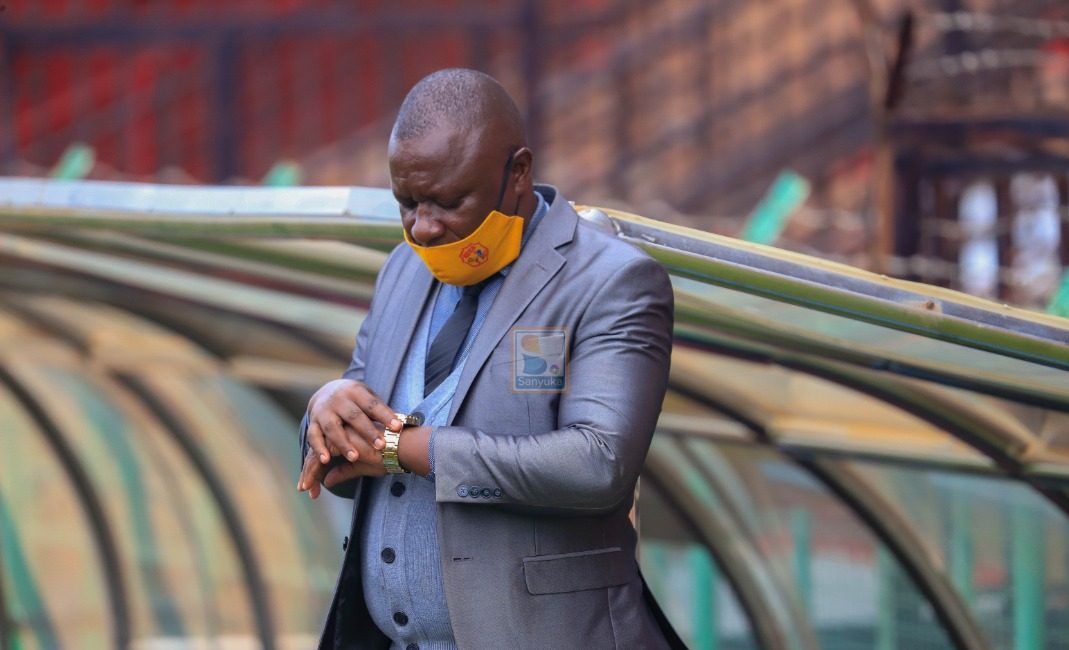 Former KCCA FC coach Mike Hillary Mutebi will end his 10-month sabbatical from football as he is set to be appointed as the new coach at Rwandan side AS Kigali.

His journey to Rwanda was also accompanied by Ugandan legend Jackson Mayanja who is expected to work with him in a yet to be confirmed capacity.

The duo was in the stands at the Bugesera Stadium, with Mutebi revealing to Sanyuka TV that the final details of the deal were yet to be agreed, though there are no doubts that he will become the new Kigali coach.

“I have travelled to Rwanda to finalise my move to AS Kigali,” he told Sanyuka TV, adding; “We have agreed on the major things, but we shall now sit and complete other details.”

Ramadhan Niyibizi put Kigali in the lead after 30 minutes, but Hussein Shabani struck deep in added time to win all three points and move Kigali into third on the Rwanda Premier League table.

Mutebi will replace Jimmy Mulisa who has been in charge of the side on interim basis.

Mulisa has been in charge since December 2021 following the sacking of Mutarambirwa Djabil whose sacking came after a league defeat to Rayon Sport which was deemed ‘intolerable by the club president’.

Mutebi, who has been without a club since his shocking exit from KCCA FC in March 2020, will take charge of his first club side beyond the borders of Uganda.

Reports earlier indicated that he was quoted by a couple of Rwandan clubs in July including current league leaders Kiyovu FC, but Mutebi has always denied any negotiations with the club.

It was also revealed by FUFA President Moses Magogo that he turned down a chance to manage the Uganda Cranes, while there were on-off links with Ugandan club Vipers until they appointed Brazilian coach Roberto Oliveira.

Meanwhile, Mutebi has always maintained that he will only return to management if ‘the project really exited him and was worth it’.

Mutebi is expected to be unveiled on Thursday, and will be given a chance to also name his backroom staff at the club.