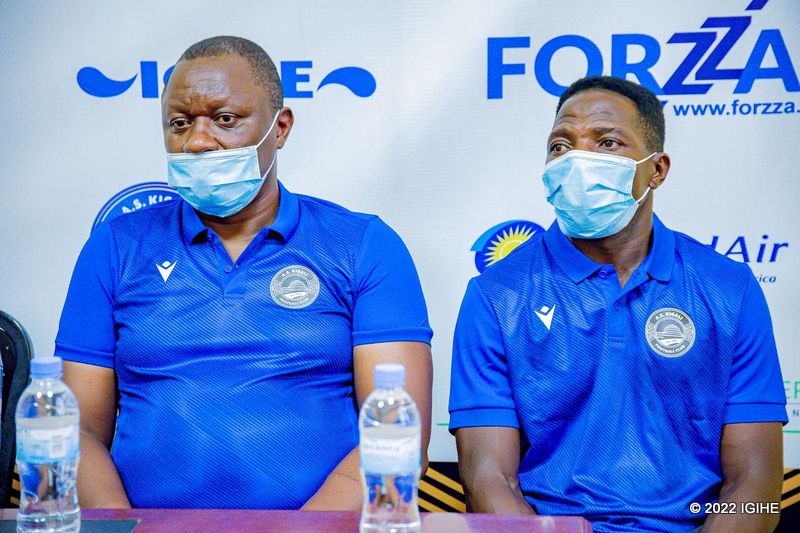 Mike Mutebi has disclosed that he is determined to turn AS Kigali into contenders for trophies, and he is convinced the club ‘can win big titles’.

Mutebi was confirmed as the new Kigali head coach on a two-year contract until January 2023, together with his assistant Jackson Mayanja, on Wednesday evening.

The Ugandan, who has been without a club since leaving KCCA FC in March 2021, replaces Jimmy Mulisa, who has been in charge of the side on an interim basis.

Mulisa has been in charge since December 2021 following the sacking of Mutarambirwa Djabil whose sacking came after a league defeat to Rayon Sport which was deemed ‘intolerable by the club president’.

The former KCCA and SC Villa coach was in attendance as Kigali edged Bugesera FC courtesy of Hussein Shabani’s stoppage-time winner to move them into third on the Rwanda Premier League table.

Mutebi alongside his assistant Mayanja met players and observed training on Thursday morning and has promised that he finds a good ground and capable group that can challenge well for the league title.

“We have a better team which can compete for the title,” Mutebi declared to the media.

“We are third on the table, and if we compete well, we can win trophies because we don’t want to participate but to compete.”

“The team is in good shape, there is a mentality, and that shows that they always want to fight and win games and are ready to compete.”

“I have faced team AS Kigali with KCCA FC, and I loved the way they play, so it gives me the confidence to coach them, and with the help of Jackson Mayanja we have a lot to achieve,” he added.

On Saturday, AS Kigali hosts current league leaders APR FC at the Kigali Stadium to provide Mutebi with his first real challenge.

The right way to Go About Internet dating Exclusively