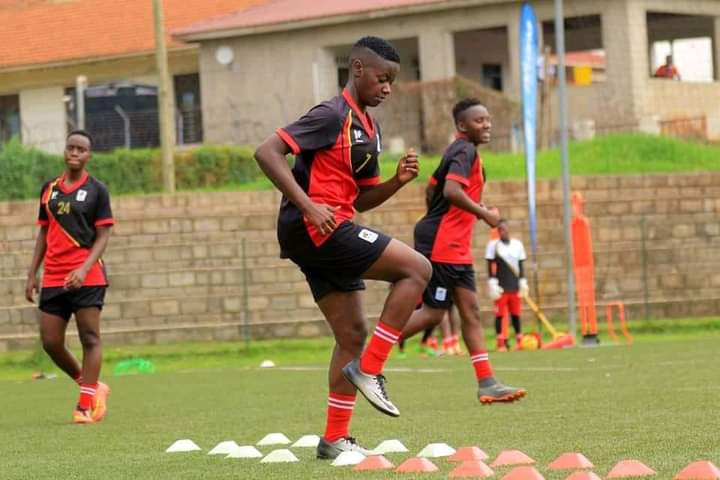 The U20 women’s side is already in Nairobi ahead their second-round qualifier first leg that will be played on Saturday, September 25.

Striker Juliet Nalukenge has been thrown straight into the final team despite having only three days of training with the rest of the group.

Nalukenge was a late addition to the team’s camp at the FUFA Technical Centre Njeru, as FUFA took the option to make the call for her to join the team from her new club side Apollon Limassol in Cyprus.

The U20s side has looked blunt in front of goal in their three build up games against the Crested Cranes, failing to score in two 1-0 defeats, despite showing a glimpse of the killer instinct in a 4-0 victory against their senior compatriots.

But captain Fauzia Najjemba and attacking midfielder Shamirah Nalugya provided the recipe for the victory, with Najjemba scoring three of the four goals.

That necessitated Khalifah to call upon someone of proven goal scoring credentials and one he has helped shape her career at club level with Kawempe Muslim WFC and with the U17 Women National side.

“Nalukenge offers a lot to the team and having her join us is huge never mind the fact that it was on short notice,” Khalifah said in an interview with Football256.

“He brings a lot to the team in terms of inspiration and we are lucky to have her join us,” he added.

With Najjemba and Nalugya part of the final squad that has also been beefed with the inclusion of Margret Kunihira and Hadijah Nandago, Khalifah believes he has the best blend that can pick up a result from Nairobi.

“I think these are the best players we have selected to go and do the job,” Khalifah noted, adding; “I have the belief that the squad selected is competent to help us secure the result we want.”

Daphine Nyayenga who has further proved her goalkeeping credentials with strong performances during the CAF Women Champions League qualifying tournament with Lady Doves has been selected to provide safety at the last line of defence.

Olila High’s duo Grace Aluka and Biira Nadunga, Kawempe Muslims Samalie Nakacwa will be relied on to provide the grit and cover in defence, while Shakira Nyinagahirwa brings unique attributes in midfield.