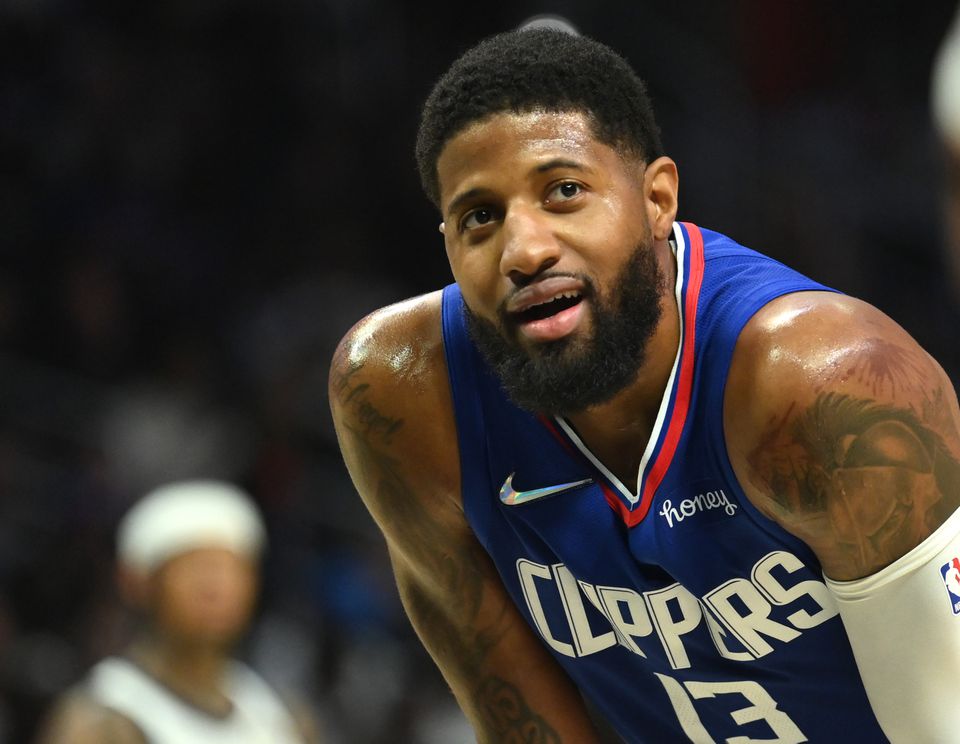 Los Angeles Clippers guard Paul George (13) looks on in the second half of the game against the Utah Jazz at Crypto.com Arena | Credit: Jayne Kamin-Oncea-USA TODAY Sports

Paul George recorded 34 points, six assists and four steals in his first game in more than three months and the Los Angeles Clippers overcame a 25-point deficit to post a 121-115 victory over the visiting Utah Jazz on Tuesday night.

George made 6 of 9 3-point attempts and played 31 minutes in his first action since Dec. 22. He had been out with an elbow injury.

The Clippers finished the game on a 34-12 surge to halt a five-game losing streak.

Reggie Bullock made five shots from beyond the arc and finished with 17 points for the Mavericks, who recorded their fourth home win in a row and their fourth victory in five games overall.

The Lakers, who played without LeBron James (ankle) and Anthony Davis (foot), have lost three in a row. Malik Monk paced Los Angeles with 28 points, and Russell Westbrook added 25.

Antetokounmpo blocked Joel Embiid’s shot with 1.6 seconds left to preserve the win. The play was originally called goaltending, but the ruling was overturned after a video review. Khris Middleton added 22 points, nine rebounds and seven assists and Jrue Holiday contributed 18 points and 10 assists for the Bucks.

James Harden led Philadelphia with 32 points and nine assists, while Embiid added 29 points, 14 rebounds and seven assists. Tobias Harris chipped in 22 points and 11 rebounds for the Sixers, who have dropped two in a row.

DeMar DeRozan scored 14 of his game-high 32 points in the fourth quarter and Nikola Vucevic had 27 points to lift visiting Chicago over Washington.

Zach LaVine scored all of his 14 points in the second half for the Bulls. Chicago closed a five-game road trip with a 2-3 record and earned its first season sweep of Washington since the 2010-11 season.

Kevin Durant collected 41 points and 11 rebounds as Brooklyn rallied in the second half and prevailed over Detroit in New York.

Durant scored 16 points in the third quarter and hit the tiebreaking 11-footer that gave the Nets a 110-108 lead with 4:54 remaining and helped Brooklyn outscore Detroit 22-15 to finish the game. Nets guard Kyrie Irving added 24 in his second home game of the season.

Rookie Cade Cunningham matched his career high with 34 points as the Pistons lost for the ninth time in 11 games.

How to construct a Good Relationship