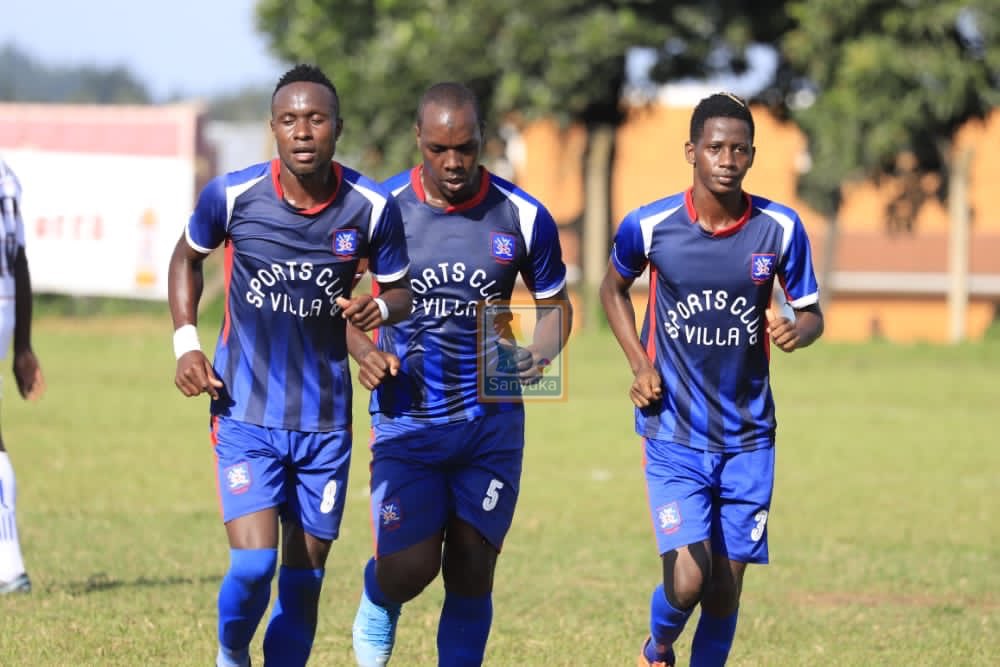 SC Villa eased to a 3-0 win over Mbarara city in the live televised StarTimes Uganda Premier League match on Sanyuka TV from the Bombo Military Barracks.

Both teams came out firing with the intent of getting maximum points following draws in the first game against Bul FC and URA FC respectively.

The Ankole Lions were to try and roar without their master Brian Senyondo, who is away with the national U17 team. His deputy Ronnie Kisekka had to rely on striker Bashir Mutanda who was facing his former employers.

The hosts got off the blocks first.

A foul on Villa’s Gorfin Oyirwoth by visiting goalkeeper Muhammed Sekeba in the 20th minute resulted in a penalty to the Jogoo.

Youngster Derrick Ndahiro, who was just returning from a long injury lay off stepped up and made no mistake as he put the record champions ahead.

From here, it was mostly an all Villa affair.

Kaziba’s boys continued to dominate possession and in the 30th minute, new signing Isaac Ogwang rebounded Nicholas Kabonge’s effort after it was parried away by Sekeba to double SC Villa’s lead.

Ogwang bursting with confidence following his home debut goal continued to attack and eventually got his second of the day and send the 16-time champions 3-0 up going into the break.

Kisekka’s blunt side tried to forge a comeback in the second half but Villa’s shot-stopper Meddie Kibirige dealt well with every question the visitors posed.

Villa could have made it four through a contentious penalty but Ndahiro, who had converted the first, failed terribly this time as he shot straight into Sekeba’s hands.

Old boy Bashir Mutanda also came close for Mbarara but was denied by the woodwork as it ended 3-0.

The win sent SC villa third on the log with four points.

In the other games played, Kefa Kisala’s UPDF FC continued with their perfect start as they drubbed fellow newcomers Kitara FC 5-1 at the Kavumba recreation grounds.

The action continues on Friday with KCCA FC hosting Mbarara City while MYDA FC will be looking for a first League win when they host struggling Onduparaka.