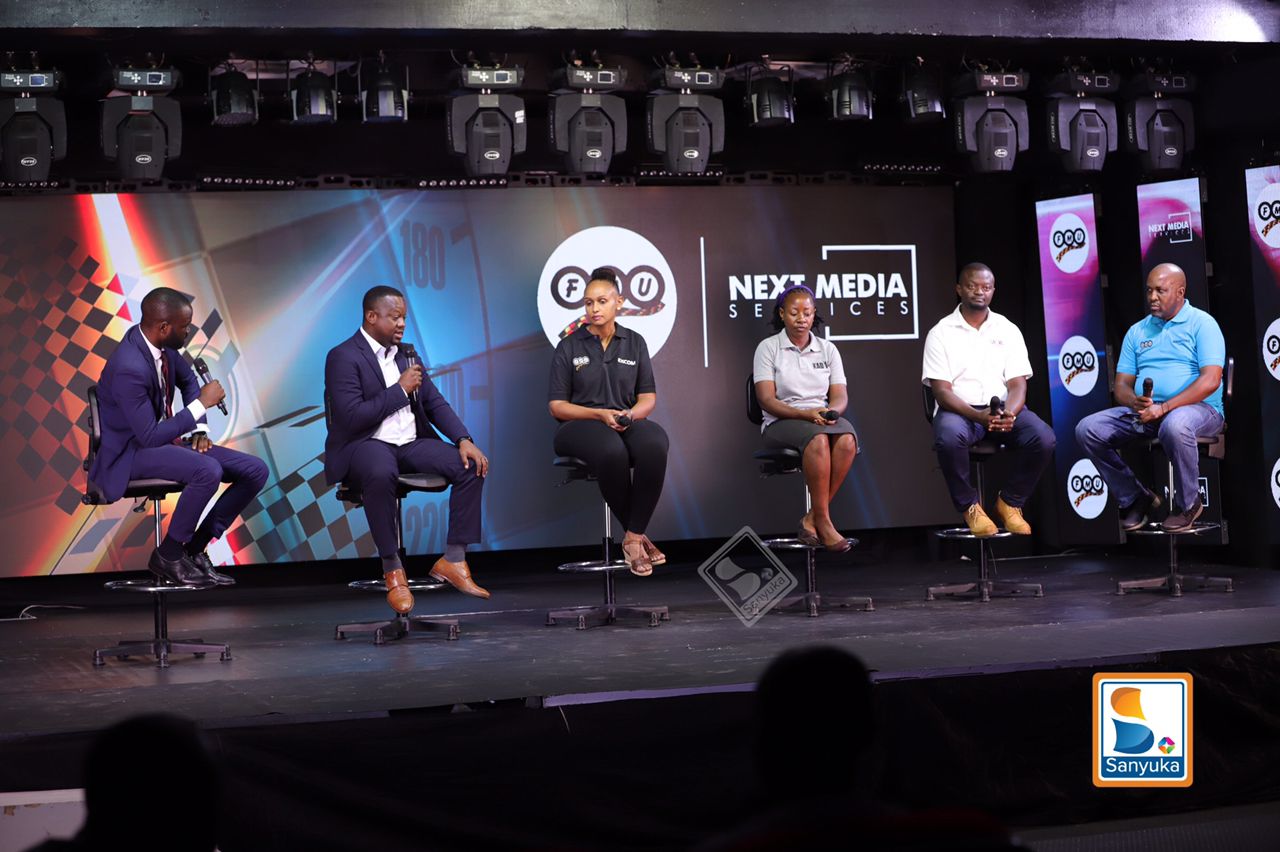 Next Media Services and The Federation of Motorsport Clubs of Uganda (FMU) have signed a partnership to promote and develop motorsport in the country.

Through this partnership, rally and motocross competitions will be live on Next Media TV platforms (NBS and Sanyuka Televisions).

This partnership serves as an opportunity for drivers and riders to be promoted through TV shows, profiles and news.

It will further realize financial support for motorsport in Uganda and expand and have better sports distribution channels both locally and internationally.

Next Media Services Chief Strategy Officer and Deputy Group CEO Joseph Kigozi, said “We are partnering with The Federation of Motorsport Clubs of Uganda because of their track record of professionalism.”

“FMU joins a list of sports federations that want to grow numbers, a commercial undertaking, and talent development. As Next Media Services, our job is to give such organizations the platform to grow Uganda in every way possible.”

The Federation of Motorsport Clubs of Uganda joins a range of sports entities in Uganda that have gone into partnership with Next Media Services including athletics, boxing, pool and chess.

FMU’s acting vice president Noella Blick said: “We are very grateful with this partnership. It is going to do a lot in helping sell the sport, bring the following and exposure.”

I see a bright future and I am very sure that this is going to be very good for the sport. We are also talking road safety, which remains a big issue in the sport and also on our public roads, and this is a good channel for us to amplify our road safety campaigns.”

While Albert Ofong, the chairman of FMU’s marketing commission welcomed the partnership as a great opportunity not only for the competitors but also an avenue where motorsport even destinations can be marketed as tourism destinations.

“Rallying has its roots deeply knitted in the history of tis nation. We have pictures of former president Iddi Amin do rallying, and great sporting names like Charles Muhangi, Emma Kato and the like. So, it is a blessing for us to have Next Media join us to document some of that history,” Ofong said.

“There is a great deal of opportunity to market everywhere we go, from the hotels to selling the region as a whole. Our marketing strategy has rotated around finding space in broadcasting because there is a lot of revenue in TV.”

“Uganda is number one in terms of following and entries for events in Africa and fourth in the world. So, there are a lot of people waiting for us across the borders, I can assure you that the world has its eyes on Uganda’s motorsport and now we have the opportunity to take it to them,” he stated.

Motorsport is about passion, it starts with that and the rest can follow from there. But, it is a very expensive sport. Much of those expenses can be met through securing sponsorships,” Katumba explained.

“But sponsors need the numbers without which, it is very hard to get the sponsors, but with such a partnership, it encourages the sponsors to come on board because now they have something tangible that they can deal with.”

“Through the numbers that can be reached via broadcasting, it makes the sport a more fertile ground for sponsors to invest in and that can only be a good thing for the competitors,” he continued.

Seven in 10 households watch NBS Television, whereas Sanyuka Television is among the top 5 watched Luganda speaking televisions in Uganda.

These statistics speak to the big audiences that Next Media Services commands. Motorsport, which is fast becoming a huge sport in Uganda, will be watched by thousands of people.

Match Your Wife Online and Make Your Relationship Stronger

The good qualities of Internet dating