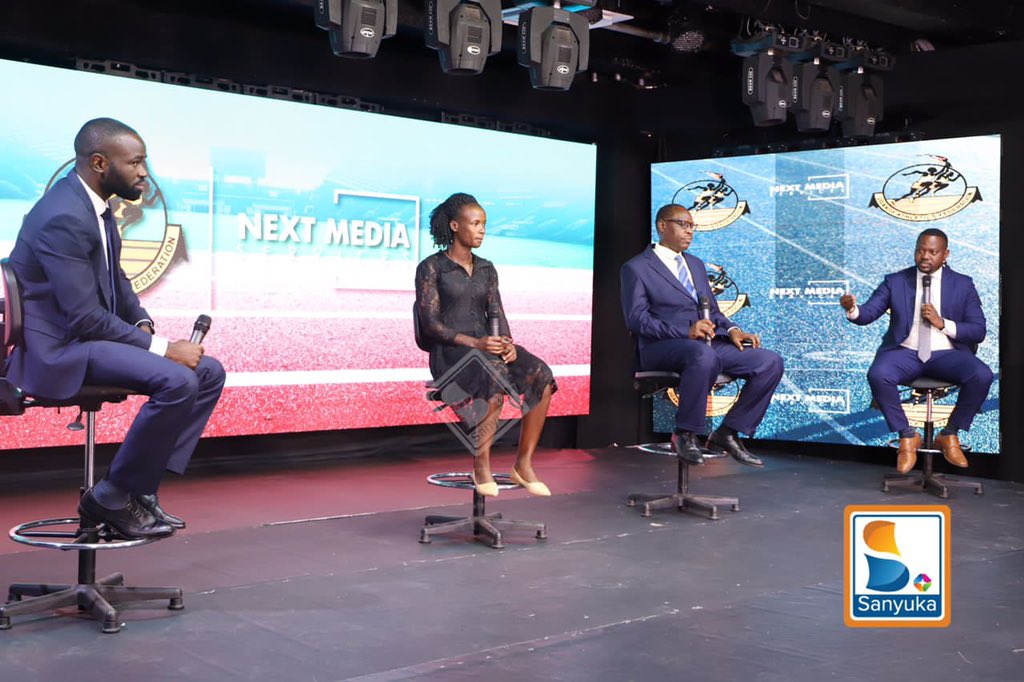 Next Media Services has announced the conclusion of a television broadcast and media production partnership with the Uganda Athletics Federation (UAF).

The partnership that has been described as the beginning of an exciting new era for the broadcasting of athletics, gives Next Media the exclusive rights to broadcast UAF events on the calendar.

The breakthrough deal was achieved after a period of negotiation between the two entities, with UAF now guaranteed excellent broadcast, documenting, profiling and coverage of athletics in Uganda.

Next Media has also confirmed that it will provide live broadcast of the 2022 Uganda Cross Country Championships that take place this Friday in Tororo.

Uganda’s biggest media group has also committed marketing and promotional support to its broadcasts and also provide additional commercial opportunities for UAF for the duration of the partnership.

“As media we have been guilty of pushing international content, but we want to showcase the youngsters that are running bare foot and add value to the sport through the opportunities that come with television.”

“Next Media is saying there is so much talent at the grassroot. We do not want to only see this talent at major competitions, let us see this talent grow. We are very happy that for the first time in the history of Ugandan television we go deep to the villages to bring these stories to life.”

“There has been a bit of disconnect between the stars we see at the Olympics and where they come from. In fact, Ugandans get excited after an athlete wins a medal, but they will ask who is this guy? No one knows their journeys.”

“This is a wonderful opportunity. I am sure this is exciting for everyone in the athletics fraternity. This has been one of the disciplines that has brought a lot of joy for the Ugandans. We all remember how Akii Bua brought joy to the country.”

“The federations have already proved that they can do a lot with the meagre resources that they have, but with media, we can push the debate for sponsorships, scholarships for the young athletes and more funding,” Kigozi explained.

UAF president Dominic Otucet expressed excitement on the new adventure, calling it ‘something very significant in the history of Ugandan athletics.

“We are so excited. This is something very significant in the history of this country and we are doing so with a media house that has excelled in bringing sport and bringing events live,” Otucet said.

“As UAF, we have really excelled and Ugandans can attest, but we accept that in terms of media coverage, there was a gap, and we are putting that behind us with this partnership.”

““We are looking forward to the national cross country which shall be coming live. Having it covered live creates a lot of excitement for a lot of people including the athletes,” he added.

Up to 545 athletes have registered for the first event on the calendar in Tororo. The athletes will be divided into six categories including the Juniors for both the men and women, as well as the Seniors category for both men and women.

The Seniors categories will be further divided into two divisions, with groups taking on the 10KM course while the other will take on the 2KM course.

The Best Countries Pertaining to Marriage