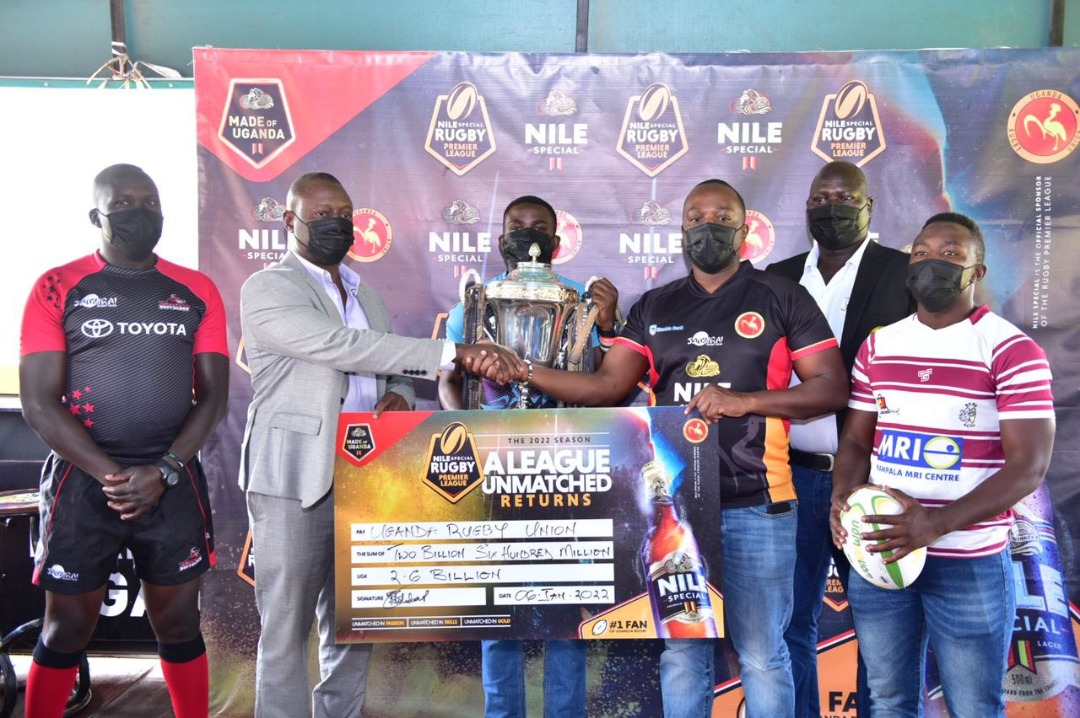 The Uganda Rugby Union on Thursday announced a three-year sponsorship package from Nile Special worth UGX2.6 billion starting with the 2022 season.

Consequently Nile Special takes over from its sister brand Nile Special Stout that has been the foremost rugby sponsor for the past two seasons.

Uganda Rugby Union president Godwin Kayangwe told the press at Kyadondo Rugby Club that the sponsorship package will be in incremental percentages over the three-year duration starting with UGX 671M this season going up to UGX805M and UGX1.13BN for the next two seasons respectively.

“The trust that Nile Special has extended to the Union is a demonstration of the brand’s belief in the union’s short and long term strategic plans,” said Kayangwe.

Nile Special’s John Paul Ssemakula referred to the switch in rugby partner brands as a mere re-alignment of strategies, not a fundamental change.

“The sponsorship package will cover four main aspects; administration which includes the general running of the league, incentives including trophies/medals and prize money, and marketing of the game that will cover branding, activations and media publicity,” said Ssemakula.

The Rugby League  also received a new tagline “A League Unmatched” which is in line with Nile Special’s recently launched ‘Unmatched in Gold’ campaign that speaks to the brand’s 21 gold medals it has earned over the years in recognition of its quality at the international annual Monde Selection awards in Belgium.

“We want everything to step up a notch or two to levels unmatched. We are brewing several fans’ engagements both on the field and on social media, all meant to give the game unmatched glitz going forward,” Ssemakula promised.

The league starts this weekend on Saturday with five fixtures on the card. According to the league manager Robert Bwali, one team will be relegated and promoted this season while the league returns to its popular home and away format.

“I think this is going to be exciting for both the players and the fans. We shall still maintain all the SOPs for the safety of all stakeholders,” he noted.

In other fixtures, Heathens are at Kyadondo against Toyota Buffaloes, Rams welcome Mongers in Makerere, Hippos travel to Pirates in Bweyogerere while Warriors at Legends entertain Rhinos.

What is a Mail Buy Bride?