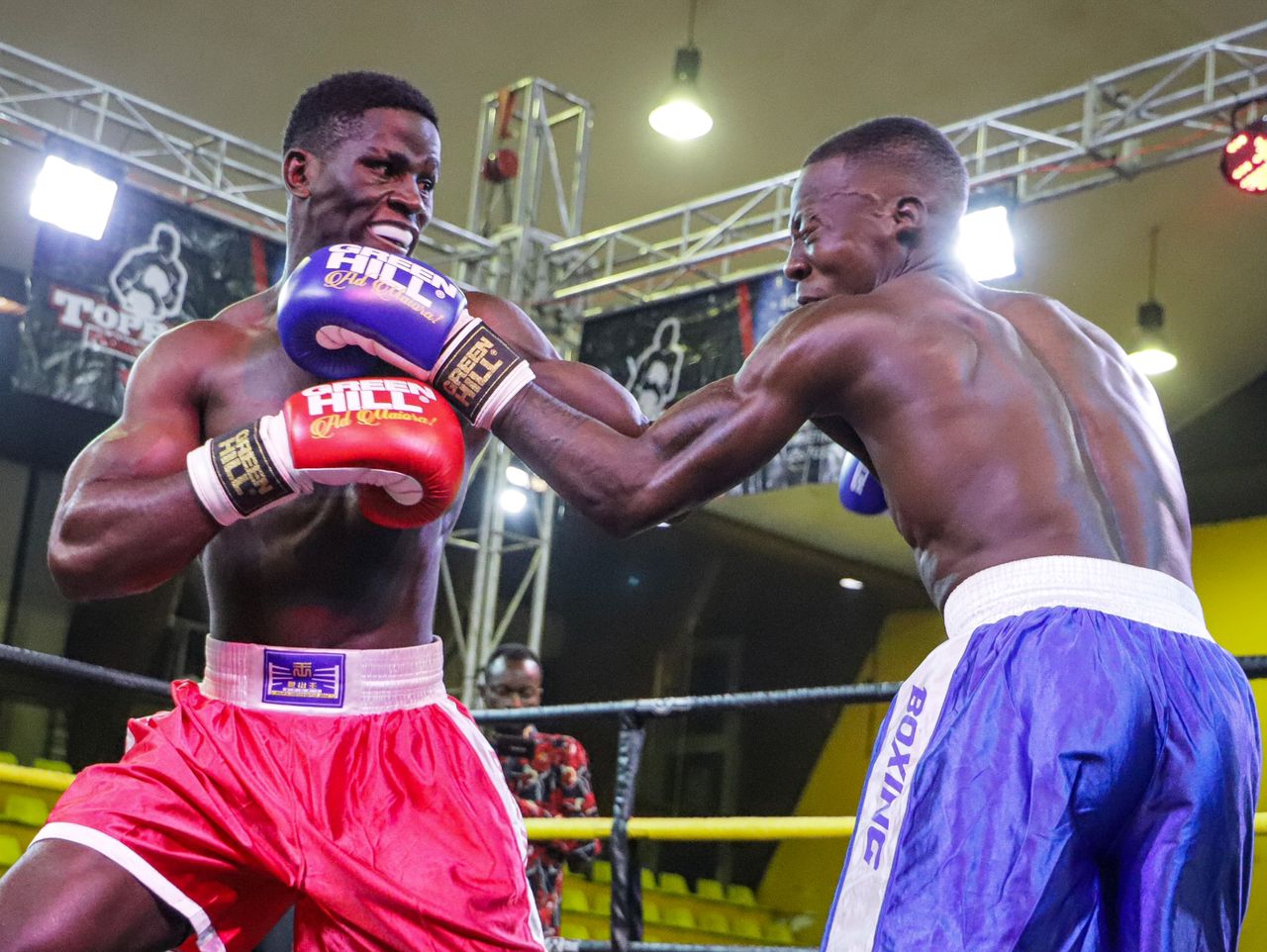 The competition that started late last year is in its eighth competition week and fans have since been served plateful of action and enjoyment.

On Saturday as action returned to the Lugogo Arena, it was Nakawa boxing club’s Yusuf Nkobeza up against Gulu Boxing club’s Ronald Okello in the main fight of the day.

The two middle weight fighters drew in their first clash and from the rematch all access, weigh-in and first gong, it was visibly unfinished business.

Away from the pride, victory comes with three points and a chance to be named at the national team (Bombers) for the forthcoming Commonwealth games later this year in Birmingham, United Kingdom.

The first encounter was judged a technical draw after referee stopped contest in first round on ringside doctor’s advice following Nkobeza’s deep cut above the eye.

Unlike the first clash, Nkobeza who is regarded as weight favourite following Shadir Musa and Joseph Ssemujju’s decision to turn pro, was the better fighter from the onset and convincingly won the two rounds –almost knocking out Okello.

But the Gulu based fighter, who only came to the scene in 2019, three years after his opponent, proved a point and troubled Nkobeza in the last three rounds after weathering the opening two rounds storm.

Although most were inaccurate, both fighters threw and landed a number of powerful punches that necessitated doctor’s intervention for each at some stage.

Although it looked to end in a draw just as the first clash; the judges went for Nkobeza who won by split decision (4-1).

Of the five judges, four went for Nkobeza and one went for Okello. Nkobeza now has 7 points on top of the middle weight standings while Okello is second with 4 points after three bouts.

Rashid Yiga and Denis Okello are the others in the group with a point each. The champions league returns after a fortnight.

The right way to Meet Russian Brides Intended for Marriage

Methods to Date a Woman