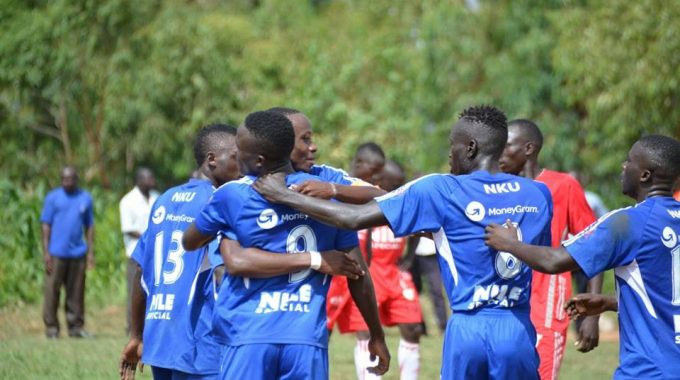 Nkumba University begin their Pepsi University Football League campaign on Thursday when they host Muni University at Entebbe at 3pm.

Nkumba last played the Arua-based university team in 2020, a game that they won 4-0 however coach Bbosa Sulaiman says that it will not necessarily be an easy game for Nkumba.

“The boys are very happy and excited to be back in action,” Bbosa said.

“The last time we played league football we were drawn in the same group as Muni and when we hosted them, we won 4-0 but it does not mean that today’s game will be an easy one.”

“The team is largely new. We have some old players from the 2020 season but we also have many new talents who are eager to prove themselves.

“So, we are looking forward to the game and we are confident that we should be able to get a good win,” Bbosa added.

For Muni University coach, Arumadri Gilbert, today’s game is an opportunity to see how far the team has improved.

“The last time we were here we was in 2020 when we lost 4-0 and we were actually meant to host Nkumba for the return leg before the league was halted,” Arumadri said

“Playing away is not going to be easy but it is also a good test for us to see how far we have improved. The boys are ready and excited and we are going to give Nkumba a good test,” Arumadri added.