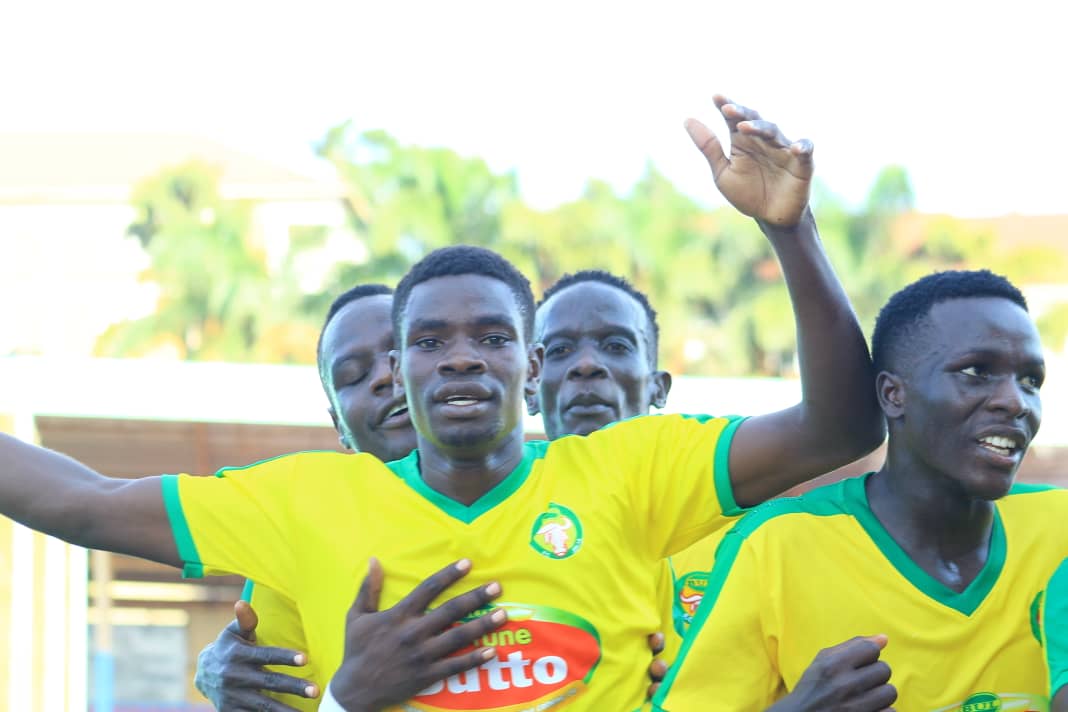 Goals from Simon Peter Oketch and Ibrahim Nsimbe earned BUL Bidco FC a 2-0 win over Tooro United at the Bugembe Stadium in Jinja to help lift them back into fourth position.

The goals arrived in a dominant second half as BUL provided a comfortable reply to their hugely disappointing defeat at relegation strugglers Bright Stars last Friday.

The home side created the better chances, but were made to wait for a breakthrough as Tooro held on to keep the scores level after the opening 45 minutes.

Oketch opened the scoring three minutes into the second half with his sixth goal in seven matches when he tapped in at the near post.

Abdul Karim Nduggwa and Oketch came close to finding a second, but were denied by Tooro goalkeeper Simon Mawiya.

Nsimbe, making his first start since the start of February confirmed the win after 66 minutes with a stunning volley from outside the box for his eighth goal of the season.

A third consecutive home victory takes BUL on to 36 points, above Arua Hill SC on goal difference. They will seek to complete a double over rivals Busoga United when they meet on Friday, March 27.

Tooro United remains bottom with 12 points, nine points from safety. Tooro United host Arua in their next game at the Buhinga Stadium in Fort Portal.