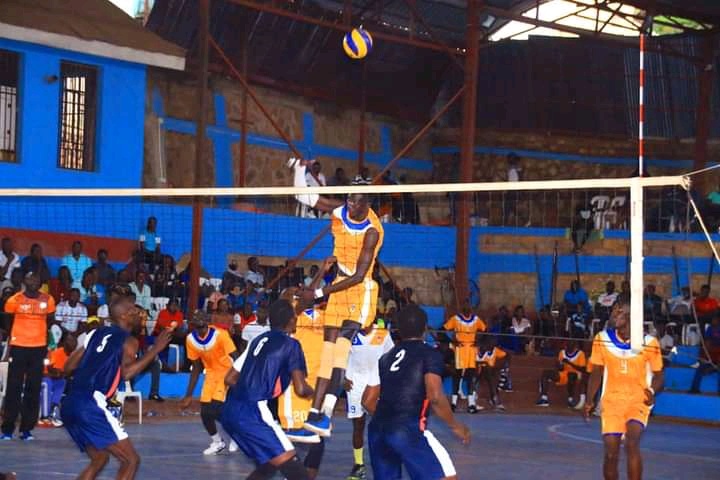 Playing in the Serie A for the first time, Orange Blockbusters (OBB) proved superior to all the other teams in the division.

OBB defeated Nemostars 2-1 in the best of three series to win the 2022 National Volleyball League on Sunday afternoon at the Old Kampala Arena.

After taking the first set 25-22, OBB lost setter John Bosco Opendi early in the second set after he aggravated his knee injury.

Hussein Adome replaced him but he returned with the set at 22-20 in favour of Nemostars, who eventually won it 25-20.

Opendi’s presence at the start of the third boosted OBB’s confidence and they took the set 25-19. They eventually sealed the game when they won the fourth 25-21

OBB game from a game down to force a decisive which they were able to win 3-1.

Ndejje took the first set 25-23 before forcing deuce with the second and eventually taking it 27-25.

The third set was a walk in the park for VVC as they won it 25-10, but they recovered to win the fourth 26-24 and, in the process, seal their fifth league title.

Ndejje came from a game down to win the best of three 2-1.

Elyon won the best of three series 2-0 to earn promotion to Serie B.

How to get Beautiful Western european Women — Tips For Men