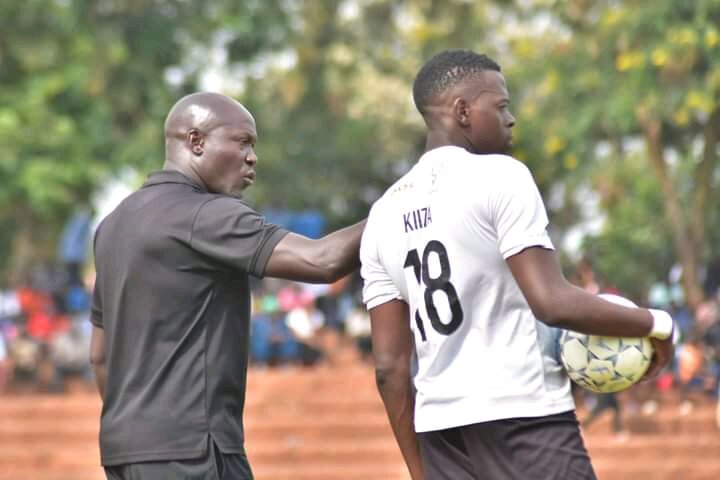 Express FC interim coach James Odoch insists that his team will have to suffer against Mbarara City who he described as a ‘special team’ and one of the ‘toughest sides when playing at home’.

The fumbling StarTimes Uganda Premier League Champions travel to the Kakyeka Stadium on Friday afternoon as they continue to search for their first league victory in over two months.

Express as won only one game from their four visits to Kakyeka, and the former Express midfielder does not think this will once again be an easy task especially with the home side fighting for survival.

Speaking ahead of the game, Odoch warned his players about the ‘tough environment’ in Mbarara; “We are going to a difficult place at Kakyeka to play against Mbarara City.”

“They love to cause scares when playing in front of their home crowd. We know the kind of environment we shall face, but we are ready to face that and come out on top,” he said.

Odoch has not secured victory since taking interim charge of the club, with the Red Eagles suffering a major setback with their elimination from the Stanbic Uganda Cup by rivals SC Villa on Tuesday.

The Uganda Cup exit confirmed a trophy-less season for Express as they find themselves 17 points off the leaders Vipers SC, with Odoch suggesting that the final nine games of the season are about damage control.

Meanwhile, Odoch is still searching for answers for his side’s frustrating performances in front of goal.

Express continue to struggle with scoring goals, averaging just 1.09 goals in 21 league games this season, and have scored only seven goals in their last seven league matches.

“Our problem has always been scoring goals,” he said, adding “We have continued to work on that for the past days. I think we have gotten better at that and hopefully the guys can execute that in the game.”

“We are out of the Uganda Cup and we cannot let that affect us. Our target now is to reach the top four. We have to stay positive and concentrate on reaching as high as we can in the league,” Odoch continued.

To compel Odoch’s worries, talisman Eric Kambale has been ruled out of the game together with midfield duo Yaya Mahad and Abel Eturude while defender Murushid Juuko remains side-lined.

Mbarara on the other hand are buoyed by the return of defender Jasper Aheebwa but will be without star forward Jude Ssemugabi, Bamba Souleymane and Karim Ramathan.