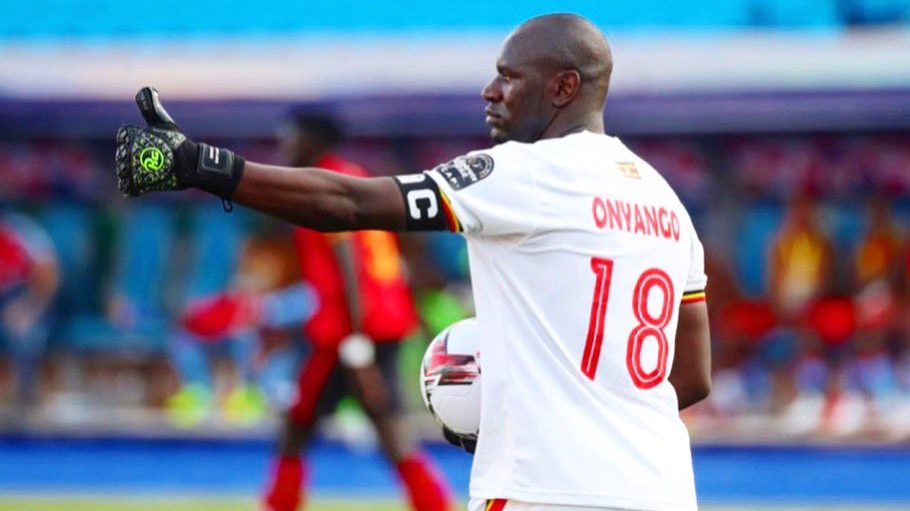 Just like the name ‘Keeper Masanda’ was synonymous with superb goalkeepers at the playgrounds for the kids born in the 90s, the name Onyango will be likened to good goalkeepers in the future.

That is the smallest tribute or testament that Ugandans who have witnessed former Uganda Cranes captain and goalkeeper Denis Masinde Onyango first-hand can pay him for an inspirational and generation-defining career.

Quite fitting that Onyango features first in the ‘OJJUKIRA LEGEND WO’ series, where we celebrate the stories of Uganda’s legendary football players.

Through this campaign, Next Media and its partners will also lend a hand to Ugandan football’s shining stars who are destitute and are struggling to cope with life in retirement.

When Onyango announced his retirement from Uganda Cranes duty in April 2021, the whole nation was shaken. His story featured as the lead story in all news bulletins, both on TV and in daily papers – and we live in a country where sports stories rarely make it beyond the back pages.

It is a shame that the circumstances leading to his retirement were dump and dreary. Onyango’s days with the Cranes were numbered after an audio attributed to him was leaked to media.

In the leaked audio, Onyango was heard castigating the character of top football officials including FUFA President Moses Magogo.

While Onyango has never come out to show regret for his comments, Magogo has politically downplayed the effect that such comments had on their relationship and described him as ‘an icon and Uganda’s greatest goalkeeper of all time’.

Magogo also accompanied Onyango when the former was invited by the first family to a state dinner at State House in May.

At 36 years, it turns out that Onyango was contemplating retirement from the national team, especially following Uganda’s failure to qualify for the Africa Cup of Nations finals after a defeat to Malawi in March.

“I do not count caps, but I count AFCONS,” Onyango said when I interviewed him after an AFCON qualifier against Burkina Faso in Kampala in March.

During the same match, Burkina Faso captain Charles Kabore had marked his 100th cap for the Stallions. Onyango had only played his 78th game for the Cranes, and as it turned out, the penultimate game as he bowed out at 79.

Indeed, by the end of his career, Onyango had played at two AFCON finals in 2017 (Gabon) and 2019 (Egypt), captaining the Cranes in the latter edition where they reached the knock out rounds for the first time since 1978.

On his day, Onyango showed a different level of ability, confidence and self-belief, making him unbeatable even for the best strikers on the continent.

However, like most unique careers, Onyango did not have it smooth most of the time and had spells when he had to remind doubters that he was a top player.

Some of the best African forwards like Nwanko Kanu, Yakubu Ayegibeni, Asamoah Gyan, Mohamed Salah and Sadio Mane have all been foiled by Onyango.

Onyango horned his skill at a certain dusty and sometimes muddy pitch in Kampala, where he showed his quality as a youngster before he blossomed into a 6ft 2inch colossus of a goalkeeper who was at one time ranked among the top 10 goalkeepers in the world.

Onyango was then picked up by SC Villa under Milutin ‘Micho’ Sredojevic – a man by which his career would be defined – in 2004.

After igniting his career with Micho at Villa, Onyango would then follow the Serbian to St. George FC, continuing his development in Ethiopia before moving to South Africa where he has enjoyed a bright period that has lasted over 15 years.

His period in the Mzansi land tested his character and shaped him into the legend he has become.

After winning three consecutive league titles with SuperSport between 2007 and 2010, playing 70 times for Matsatsantsa, he was released by the club at the end of his contract in 2010.

In the midst of it all, it might have crossed his mind that maybe he was not cut out for such a stage, but fighting and redefining oneself is an ingredient in all legendary careers.

Onyango moved to Mpumalanga Black Aces on a free transfer, spending a season with the Aces before Sundowns took a gamble on him in 2011.

When Onyango joined Sundowns, the club knew they had signed a bit of a rough diamond, but even more crucially, Onyango was a willing fighter whose sights were firmly on making it to the top of his class.

After a season on loan with Bidvest Wits, Onyango returned to reclaim the number one spot at Masandawana where he has won five league titles including the last four on the bounce, making him the most decorated player in the history of South Africa’s Premier Soccer League.

He has also tasted success in the Nedbank Cup, Telkom Knockout in 2015 and CAF Super Cup in 2017.

But Sundowns’ CAF Champions League triumph in 2016 surely ranks in a different shade because it was followed by Onyango being voted the CAF African-based African Player of the year – the only goalkeeper to receive the award.