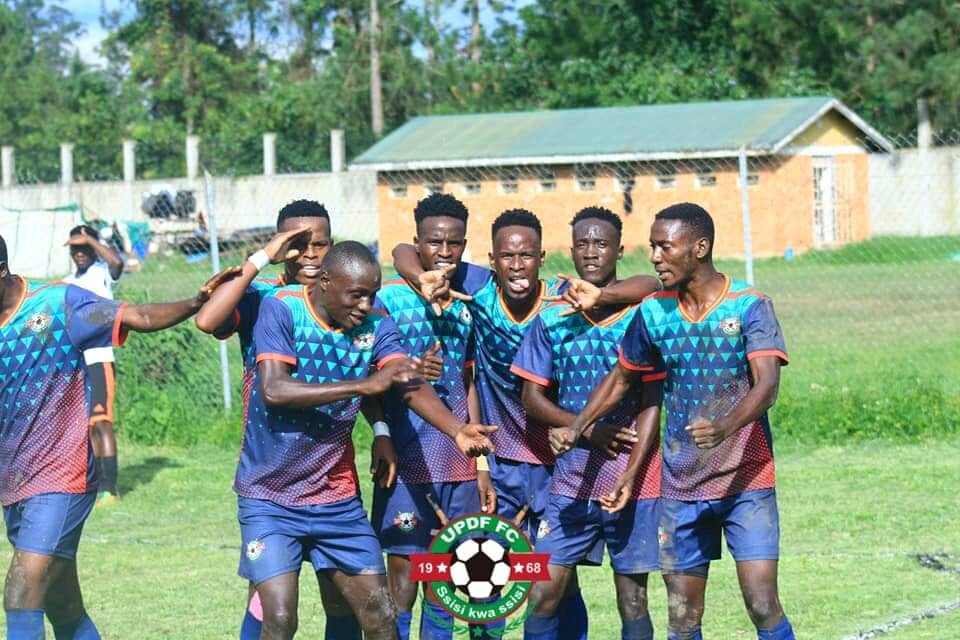 Donato Okello produced a starring performance including scoring the winner as UPDF FC held off Gadaffi FC to win 3-1 away at the Gadaffi Arena in Jinja.

Okello, dominant in the midfield struck the third goal on 58 minutes, pouncing on a lose ball before curling his effort beyond Abdul Magada.

Ezekiel Katende had given the Army side the lead after 11 minutes with a beautiful free kick, in what was a dominant first half for the visitors that also had Ivan Ahimbisibwe miss a good opportunity.

The hosts had two good opportunities to draw level as Seif Batte’s effort was palmed onto the crossbar by goalkeeper Andrew Waiswa before Alex Kitata also agonisingly saw his header rattle the crossbar.

The Army Boys would draw level shortly before the break with Brian Kalumba striking against his former side.

Ambrose Kigozi restored UPDF’s lead seven minutes into the second half, running onto Ahimbisibwe’s flick on before prodding in past Maganda with Okello settling any fears of a comeback shortly after.

The victory, the first for UPDF in 14 games since defeating Soltilo Bright Stars in December 2021, helped them put a bit of a daylight between them and the relegation zone.

Brian Ssenyondo’s side climbs into ninth position on 27 points, and move level on points with Gadaffi FC stays who remain eighth.