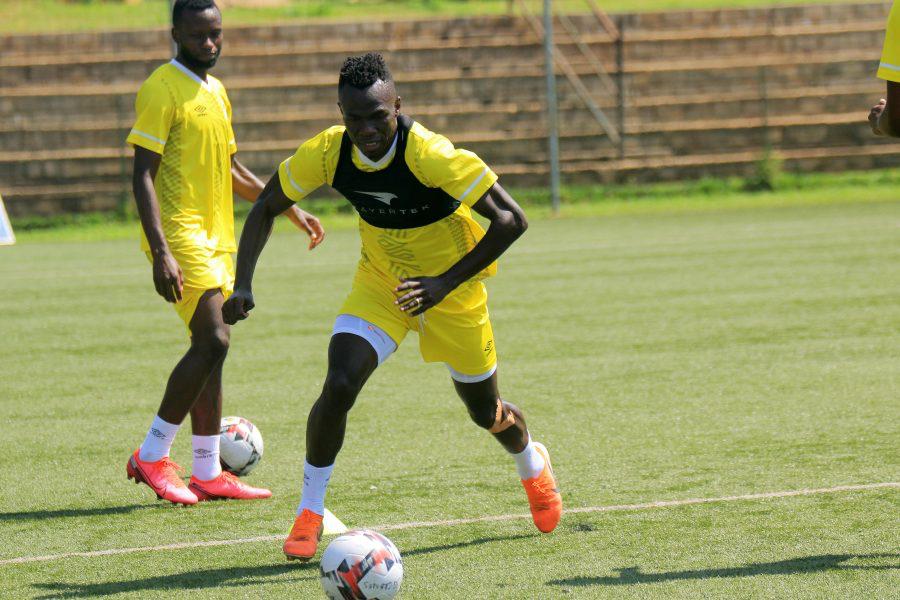 Having been at the previous edition, Emmanuel Okwi knows how sweet it is to play at the Africa cup of nations finals. At the same time, the striker knows what it takes to seal qualification, having part of the process.

Speaking at the pre-match press conference at Kitende on Tuesday, the Ittihad Alexandria FC forward expressed hunger for Cranes to return to the AFCON finals. He said that the Cranes seek maximum points from the visiting Burkina Faso whom they held in a goalless draw in Ouagadougou in the first leg as the two sides meet in the return leg this Wednesday at the St. Mary’s stadium, Kitende.

“We know how important this fixture is. We just hope that all our plans work out. I am lucky that I have been part of the previous two campaigns but the spirit is always the same. We want to go back to Afcon, we shall work hard and fight for our flag to see that we return to the finals for the third straight time. I want to be part of history personally,” noted the former SC Villa striker.

Miya scored the only goal against Comoros that sealed Cranes’ qualification to the 2017 AFCON finals in Gabon while Patrick Kaddu’s header against Cape Verde sent Uganda to the 2019 edition where the side was eliminated at the last 16. The Cranes sit second on table with 7 points, one below Burkina Faso ahead of the last two games.

The Abdullah Mubiru side will fly out to play Malawi after the Wednesday task and FUFA has confirmed that the Cranes will fly to Malawi by chartered flight for this final Total AFCON qualifier to be played on 29th March 2021. Uganda Airlines will fly the team on one of its bombardiers on March 28th as confirmed by FUFA Communications Director, Ahmed Hussein.

“It is important for the National Team to travel with a lot of comfort during the current COVID-19 times when you need the entire team to move together for better preparations,” he said.

It will be the second time in this campaign that FUFA has paid for a chartered flight to transport Uganda Cranes. The opening fixture against Burkina Faso saw Cranes use Uganda Airlines as they picked a valuable point off the West African Giants in Ouagadougou.

Getting the Hottest Girls on Cam