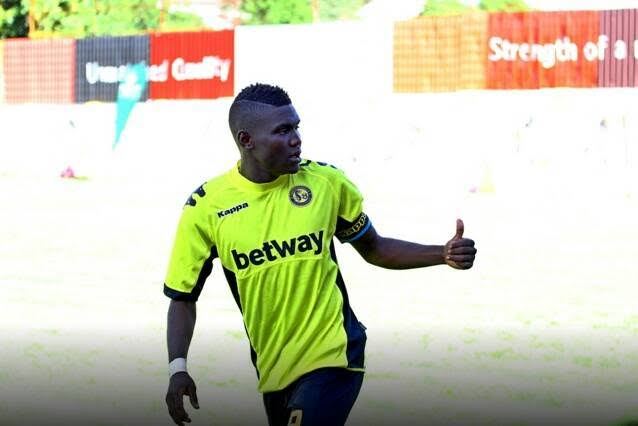 Muhammad Shaban has completed his long-awaited return to his boy hood club Onduparaka after the club announced the player’s signing on Monday morning.

Shaban, a local hero who helped the club gain promotion to the StarTimes Uganda Premier League has returned on a free transfer from Vipers SC and has signed a two-year contract.

The 23-year-old now heads back to West Nile where he forged his reputation as one of Ugandan football’s strongest talents, captaining the side to the Uganda Cup final in 2015.

The striker has sealed his homecoming to the Greenlight Stadium four years on from an acrimonious exit in one of the most controversial transfers of the last decade.

Shaban has amassed over UGX 500 million in transfer fees since he left Onduparaka, but save for his lone season at the MTN Omondi Stadium, he has largely failed to impress everywhere he has gone.

He joined the Lugogo based side on a fee that was reported to be around UGX 70 million, with Onduparaka receiving around UGX 20 million while the player walked away with UGX 50 million.

At Lugogo, he scored 13 league goals in his first season, but soon fell out of favour with then KCCA coach Mike Mutebi who constantly questioned the player’s ethics and commitment.

However, Shaban was never short of suitors and in August 2018, KCCA agreed a fee of UGX 455 million (USD 130,000) with Moroccan giants Raja Casablanca for the striker who was months short of his 20th birthday.

While the player was guaranteed over UGX 840 million (USD 240,000) in salary payments from Raja for a three-year contract, he never lived up to expectation.

One year into his contract, the club cut their losses and mutually agreed with Shaban to cut ties and move on. His only highlight in Morocco being a goal in a 5-0 victory over Gabonese side Mberi Sportif in the CAF Champions League.

Nursing a knee injury, Vipers – long term admirers of the striker – decided to take a gamble on Shaban who had crafted his skill with their development side at St. Mary’s Kitende before resurfacing with Onduparaka.

The club facilitated a knee surgery, and after a year (precisely 493 days) of rehabilitation, Shaban made a dream debut, scoring Vipers’ goal in a 1-1 draw against Wakiso Giants after only seven minutes.

He never really kicked on from that, playing only eight times in the league and assisting one goal during the 2020/21 season, before the club agreed to cut his contract with a year left to run.

Shaban who captained the club to promotion to the Uganda Premier League in 2015, has been handed the captain’s arm band once again, and will seek to rekindle the fortunes of the club that have fluctuated since he left in 2017.