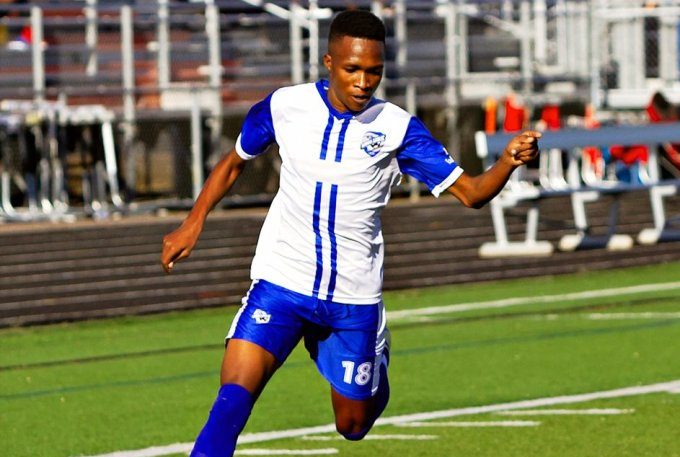 Onduparaka FC has announced the signing of forward Atamba Nathaniel on a free transfer from US based club Minneapolis FC.

Atampa is understood to have developed as a possible target for Onduparaka late on in the transfer window, with the club moving to agree terms on a one-year contract.

The 20-year-old was a revelation in 2019 as a youth with Mbarara City Academy team in the FUFA Juniors League, before completing a permanent move to Minnesota in April 2019.

Atamba has scored 32 goals and provided 19 assists in 87 appearances, during his two years stay at Minneapolis, including scoring four goals in an 8-1 cup victory over Barron SC on his debut.

Atamba becomes the Caterpillars’ 14th signing of the transfer window, with the West Nile club having already signed Ramathan Dudu and Rashid Agau who returned to the club.

Onduparaka are also expected to announce the return of former captain Shaban Muhammad before the 2021/22 season gets underway.

The Caterpillars get their new season underway at home to UPDF FC before visiting Soltilo Bright Stars and then face rivals and new boys Arua Hills SC in the West Nile derby.