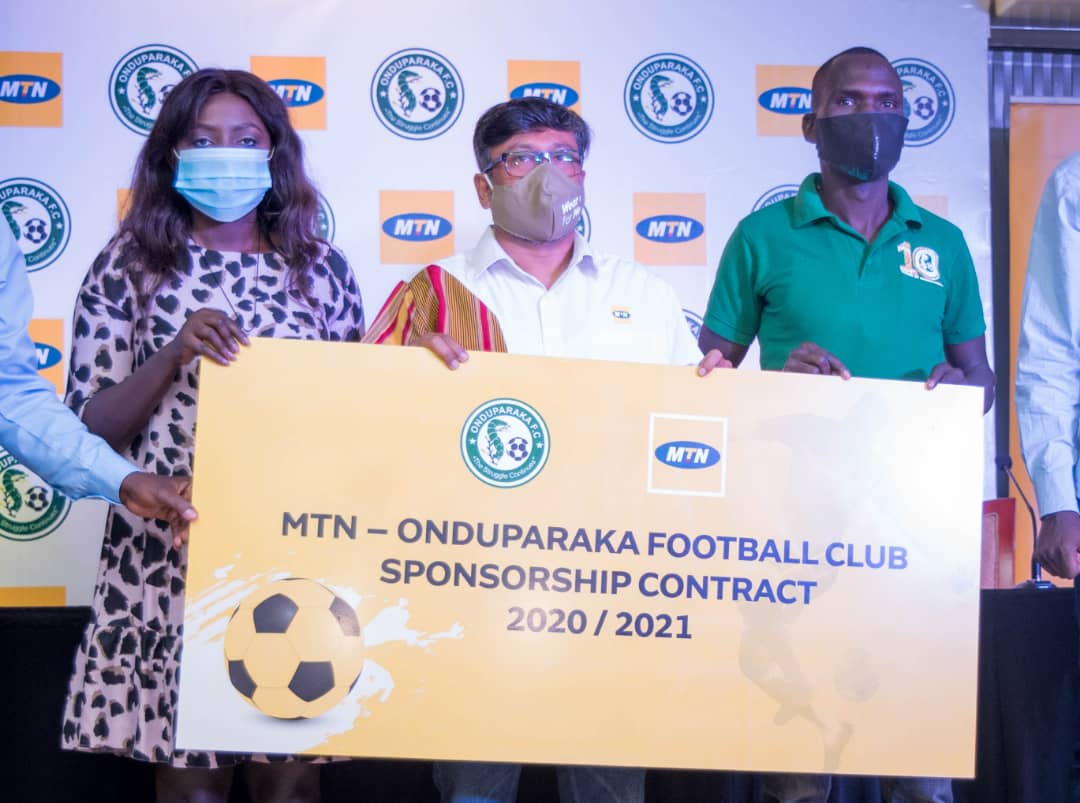 The love affair between telecommunication giants MTN and Arua-based football club Onduparaka has been rekindled on undisclosed terms.

For the rest of the 2020/21 season, the Caterpillar players and fans will benefit from this new sponsorship.

MTN Uganda’s Chief Marketing Officer Sen Somdev says supporting local football is one of their core values as a company.

At the same event, the club also unveiled a new Jersey to be used for the rest of the season.

By the time the StarTimes Uganda Premier League went into a break, Onduparaka were 7th on the pile with eight points in five games.

The coach and the technical team have added new players to improve their squad.

MTN first partnered with Onduparaka in 2017, and renewed their marriage in 2019.