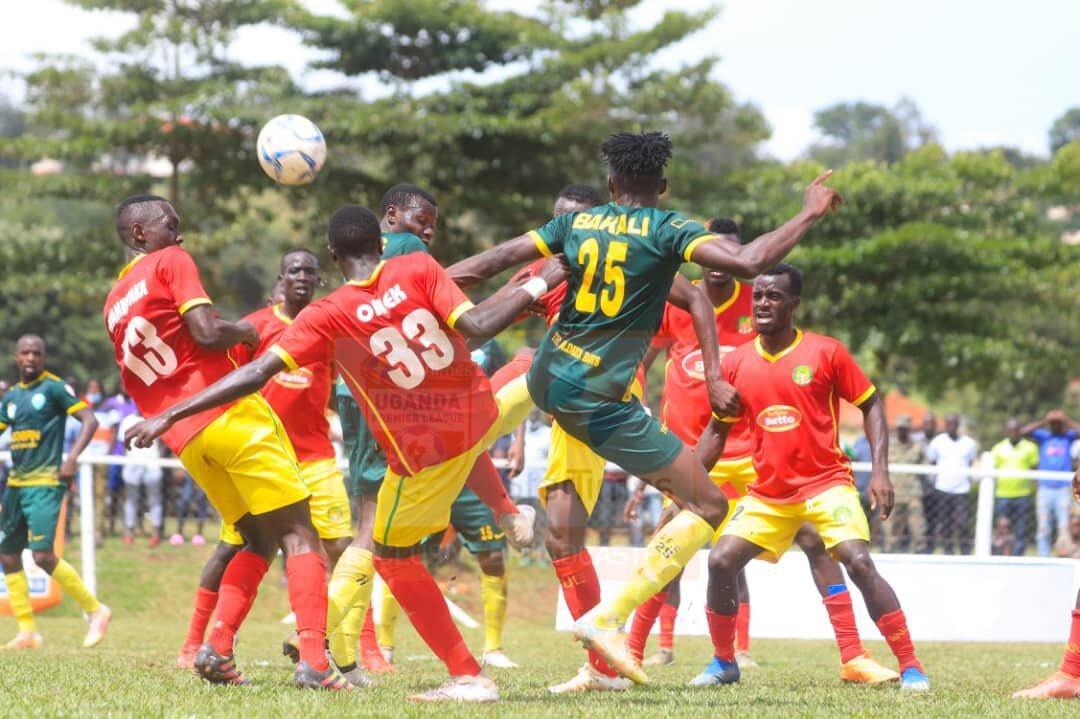 Goals in either half by Hilary Onek and Jerome Kirya helped BUL Bidco beat Gadaffi FC 2-0 in the Jinja derby to reclaim fourth spot.

The opening goal of the game came after 13 minutes, Onek glancing in Ibrahim Mugulusi’s corner at the near post.

Gadaffi were left scathing after going behind because Alex Kitatta had earlier missed a glorious opportunity to put them ahead after he was played through by Richard Basangwa.

The opening half hour did not provide an awful lot of chances, but BUL still came close with Kirya having his header bounce off the cross bar before halt-time.

The Soldier Boys had a period of dominance at the start of the second half, which also saw BUL reduced to 10-men at the hour mark after Douglas Muganga was shown red for a second bookable offence.

Kirya finally had his goal with 10 minutes to go, once again beating Ronald Mutebi with a firm header.

BUL is now third on 44 points, one more than URA FC who slip into fourth. Gadaffi slips further into 10th position on 28 points.

Muhindo on target as Villa battle to dramatic victory at Wakiso

Nkumba confident ahead of Muni visit