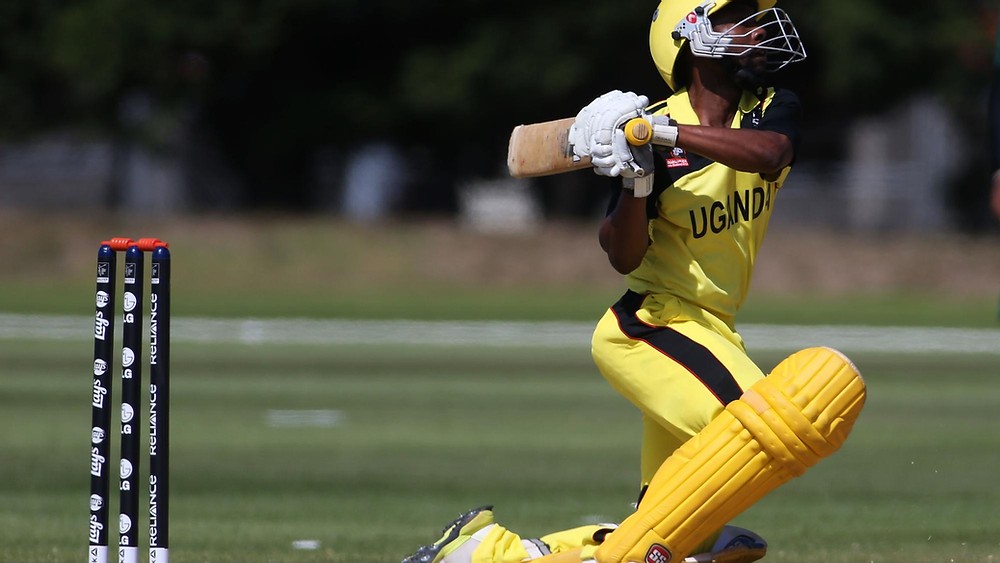 The life of any sportsperson revolves around certain things. The game they love, a drink, money, and sex. A drink is important because, after a long day in the field, you need to chill. The money of course to keep up appearances and sex is a good distraction and exercise.

When I started playing, no place was popular for us youngsters like the cricket clubhouse in Lugogo which is now an extension of Copper Chimney. The only conversation that was exclusive in that place was cricket. It would be easy to bump into Kamyuka with his Club seated at the bar or Joel Olweny with his Fanta watching some highlights show of a previous game or Coach Sam taking his tea with groundnuts.

As up and coming cricketers, you would enjoy the banter that the seniors gave each other and also pick up some knowledge from them. If they had watched your league game, they would come and tell you that you should have done this to have a better performance; very valuable advice.

Uganda Cricket also used the notice board to put up stats every Monday from the weekend therefore everyone had to pass by for them to find out how their team performed over the weekend. This place was a second home to most cricketers. I remember Davis Karashani and myself would leave Mwiri with only transport to leave us at the “Madala stage” because we were sure to find Benzo (Benjamin Musoke) or Junior (Kwebiiha) who would give us some money to get us home.

The clubhouse also had a decent man running it called Peter. He was a patient man maybe because he understood he was dealing with egomaniacs. I never saw Peter shout at anyone and was always cautious. He had his big black book for all those with debts and he never refused to give you 5k or 2k to get you home especially if you were a national team player. The equalizer was that the association always deposited all player’s allowances with him therefore before you get your full-cut, he would remove whatever you owed him.

The cricket clubhouse was also ideal for watching tournaments such as the World Cup and other ICC tournaments. I can only imagine if we had the IPL now what kind of atmosphere we would have.

However, it’s difficult to find where to place the blame but somehow cricket found its way out of Lugogo. After the play, all teams just pack up their bags and head out elsewhere. There is no place for you to talk about the game in finer detail. There is no place to gather as cricketers and watch the World Cup or IPL. When we were watching the famous 2019 World Cup final at Sideline Bar, our hosts nearly threw us out because Senegal was playing someone in the Africa Cup of Nations. That stung but I guess there were more people interested in football than cricket.

The young lads have been denied an opportunity to learn from the experience of their seniors just through conversation. I remember those days, once the national team returned from a tour, we would rush to Lugogo to listen to all the stories of what happened but that isn’t possible anymore. Our elders now spend more time at golf courses because they are looking for some quality conversation and I am certain they probably even talk cricket while there.

The clubhouses at Kyadondo and Legends are a testament to the importance of these spaces. The only way to get a fraternity together is through interaction. A lot of opportunities are missed because we can’t show the value that the fraternity has. Cricket has to think hard about finding a social place. The game can’t be just about playing; there should be more to it than just 6’s and 4’s. A lot of us have visited Kyadondo and legends not for the rugby but for other things, however, while there, we get to know about Heathens, Kobs, Rhinos, and Buffaloes. It is not rocket science to do this and we hope that the powers that be can be able to find a way to do this.

I might not speak for everyone but for myself and others, WE MISS THE GOOD OLD DAYS!

How you can Fing a lady