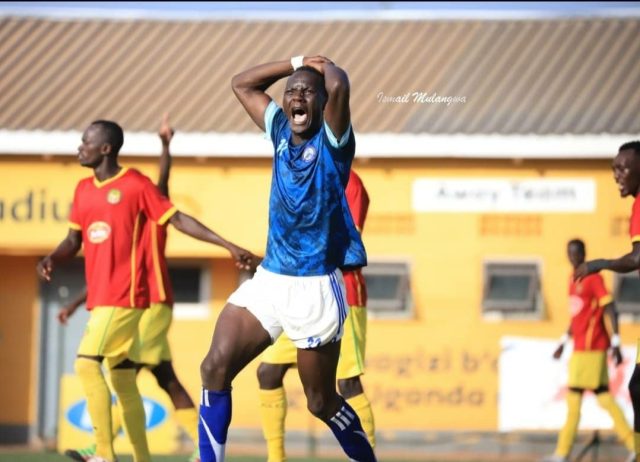 Police FC has been relegated from the StarTimes Uganda Premier League following a 5-2 thumping by BUL Bidco FC on a poisonous evening at the MTN Omondi Stadium.

The Cops were a point adrift of safety prior to kickoff and went into the game well aware that they needed victory to live to fight another day.

The club has been battling in the bottom three for much of the season and required six points from their last two games to have any chance of survival.

However, that was not the case as the Cops were completely run over by BUL, who further improved their chances of a top-four finish – the club’s best finish in the league.

Amid a worrying, sorry and tension gripped atmosphere, John Luyinda’s mend slipped down to the FUFA Big League as the result left them with an irrecoverable four-point deficit to Busoga United in 14th, with only a game to play.

Police now face second division football next season after a 26-year spell in Uganda’s elite division, falling out of the top flight for the first time since 1996.

Police, Uganda Premier League champions in 2005, deserved to lose after another miserable performance on the day.

The visitors were sharp throughout, zipping passes neatly around and always looked the more likely to score until Simon Peter Oketch gave them the deserved lead after 15 minutes.

Frank Kalanda briefly restored parity for Police from the penalty spot for his fourth goal in two games, but Police were back down at the stroke of halftime through Ibrahim Nsimbe’s finish.

Nsimbe added a second after 74 minutes, with Martin Aprem making it four in the 81st minute. Kalanda pulled one back for Police before Owen Mukisa put the final nail in the coffin to condemn the Cops.

Police will be relegated alongside Mbarara City, whose fate was sealed after their 2-1 defeat to UPDF FC last week, and will be joined by Tooro United.

Blacks Power, Maroons FC, and Kyetume FC will replace them after gaining automatic promotion from the Big League.