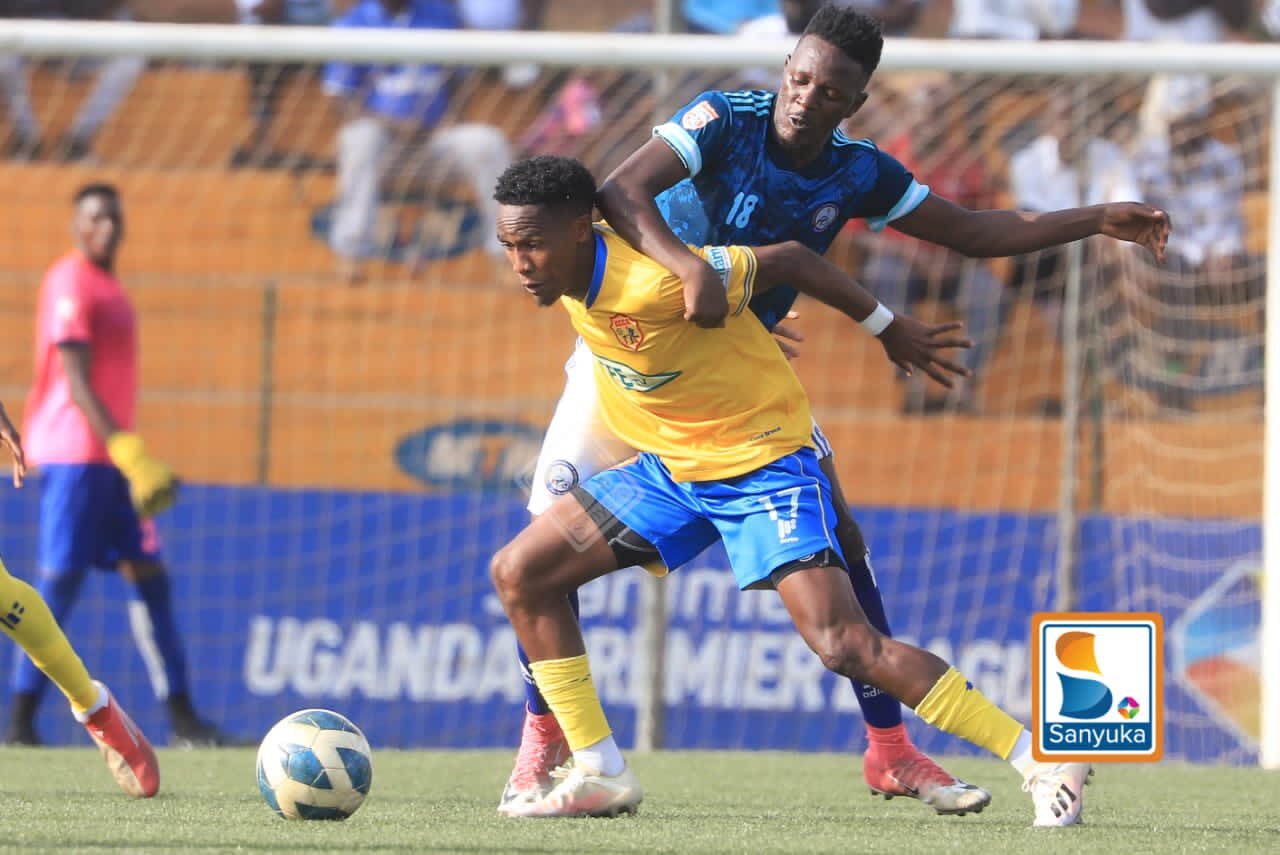 Police FC did Vipers SC’s hopes for the title a huge favour as they held close challengers KCCA FC to a 1-1 draw at the MTN Omondi Stadium on Tuesday.

KCCA had a plethora of chances but could not find a winner, adding to recent disappointment and frustration for Morley Byekwaso and his technical staff who were jeered after the game.

Byekwaso was away for the game as he continues to recover from a recent illness, but must have watched on dishearteningly as his side played out a third consecutive league draw.

Despite playing as the away side against their ‘stadium-mates’, the Kasasiro Boys had the start they had hoped for when Ashraf Mugume curled a free kick into the back of the net on five minutes.

Five minutes later, Juma Balinya inflicted his own bit of revenge against his former side, stepping up to tuck away a penalty for his 10th goal of the season.

KCCA were liable for the penalty as sloppy play in the build-up, as Benjamin Ochan’s miss kicked clearance saw Balinya rob Arafat Usama of possession before the latter brought him down inside the area.

The Kasasiro Boys dominated the first half with Davis Kasirye placing his volley over the cross bar from close range and later put his header off target.

KCCA tried to add to their lead through the second half, but Sadat Anaku, Rogers Mato and Patrick Kaddu all failed to apply a proper finishing touch.

Mugume had several shots from outside the area fly wide of the target, while Mato failed to capitalise on Eric Ssenjobe’s error after robbing him of possession at the halfway line.

Substitute Erisa Ssekisambu agonisingly failed to beat Tom Ikara when presented with a golden opportunity in front of goal. His curling shot flying over the cross bar.

KCCA were almost left to rue those misses as Marvin Oshaba nearly scored the winner deep in added time, but his lob over Ochan flew over the goal.

KCCA stay second and move to a point against Vipers, but the gap could open to four points should the leaders secure victory over Busoga United on Wednesday.

Police moves into 10th position above UPDF FC on goal difference, after the Army Boys were defeated 1-0 by Wakiso Giants.

Elsewhere, Bright Stars were edged 1-0 by Arua Hill at the Barifa Stadium courtesy of a goal from Bright Vuni in the first half.