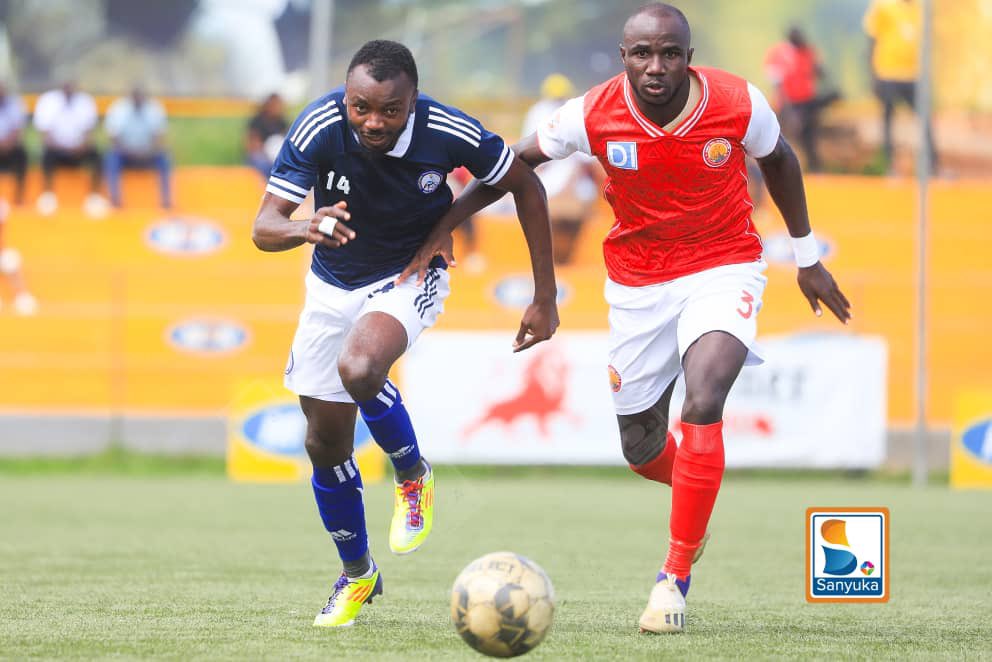 Police FC were left to rue missed chances as they were held to a goalless draw by Arua Hill SC at the MTN Omondi Stadium in Lugogo on Sunday afternoon.

In what was the first league meeting between the two sides, chances were at a premium for both sides, but none could find the finish.

The first half was played like a game of chess, with both coaches putting their tactical acumen at display, but it is Livingstone Mbabazi’s men that stole the match on Abdallah Mubiru.

Police looked to favour their short passing approach, but the Leopards put on a dauntless press and man marking approach, squeezing the Cops out of any space especially in midfield.

But the second half was more open, however, Police had more of the chances at goal. Juma Balinya was kept silent throughout the opening 45 minutes, but his shot on the turn drew a top save from Richard Anyama.

Police started to find space, with Muwadda Mawejje having an appeal for a penalty waved off before he failed to connect with Ruben Kimera’s cross shortly after.

Balinya then used his quick feet to turn away from two defenders but fluffed his shot when one on one with Anyama. Shortly after, Emmanuel Mugume failed to connect with Mawejje’s cross.

Arua Hill nearly fluked it in the final 20 minutes, but Alfred Leku – who scored the winner against Vipers last week lost his footing and fluffed an opportunity from five yards.

The draw ends Police’s four game unbeaten run, as they wrap up their first round with 16 points, and with a five-point cushion over the relegation places.

Elsewhere, Mbarara City were held to a 1-1 draw at home to Busoga United. Henry Kitegenyi gave the Ankole Lions the lead after 36 minutes, but Ronald Kasamba secured a point for Busoga in the 83rd minute.

Micho dares trio to prove themselves for Cranes