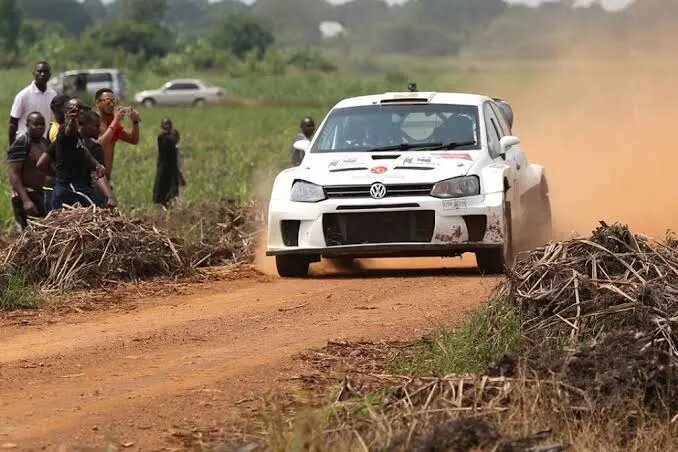 The competition is expected to be red-hot when the National Rally Championship hit to the eastern part of the country for the second round of the 2022 championship calendar.

From March 11-13, the countryside roads of Iganga and Kaliro districts will be home to the Kaliro Sugar Rally that is organised by Eastern Motor Club (EMC).

The rally has been a constant feature on the national calendar, but was last run in 2020 before the pandemic affected the calendar with the 2020 season extended to cover 2021 as well.

The 2022 edition of the rally will provide a totally different challenge to the competitors as it moves from its traditional hub in the sugarcane plantations in Jinja to the country roads of Iganga and Kaliro.

Although the organisers are delivering an effectively new rally, the open roads provide similar challenges to those faced during the season opener in Mbarara. However, the rally always rolls exciting drama into the equation with its unpredictable weather.

The post pandemic era has seen several changes, top of which has been the induction of classes to help improve the competition on the grid.

Ponsiano Lwakataka who leads the drivers’ standings after securing victory in Mbarara will be the man to chase yet again in his Subaru Impreza N12B, and he is not taking anything for granted as he chases his third national title.

Reigning champion Mubiru Duncan ‘Kikankane’ will want to fight back from his disappointment from Mbarara where a mistake at the start of the final day cost him as he dropped out from the rally lead.

Hassan Alwi won in Jinja the last time the rally was held in 2020, and returns to challenge after his absence from the Mbarara rally and will be the first car on the road. Rajiv Ruparelia and Mark Lubega are the wild cards that can shake up the competition at the top.

Kepher Walubi leads the charge from the Eastern drivers, but despite having no seat time since 2019, he has set his eyes on victory to defend the region’s pride.

“It is not always a good thing to have visitors who instead dominate your backyard. They have been doing it before, but this time round, I plan to do much more to claim the home glory,” Walubi told Kawowo Sports.

“The last time we were in the East, I was so close but mechanical issues failed me. I will be more cautious at the same time go flat out to give them a challenge,” he added.

Yasin Nasser makes time to compete in a local rally since 2020 and is on a impressive list of drivers returning including Unisan Bakunda and Musa Kabega.

After a commanding victory in Mbarara, Edward Kirumira will want to extend his 2WD championship lead against a strong field that includes champions Godfrey Nsereko, Sadat Negomba and Sam Watendwa.

The two days action of the rally have been split between Iganga District and Kaliro District covering a total distance of 276 kilometers, 124 of which are competitive with another 151 kilometers to be covered between the stages.

Day one will run through Iganga before the rally moves to Kaliro district on Sunday.

But the 16.64 KM run through the Rutakirwa of Nkore stage will set the tone for what will definitely be a hotly contested rally. Crews will then tackle the 19-kilometre Shaban Nkuutu stage.

After the morning leg, crews will then tackle two runs around the super special stage before they retreat to an overnight perc ferme at the Iganga District headquarters.

The rally will shift base to Kaliro district where five sections featuring three stages, two of which are run twice and 176 kilometers await the competitors.

The second day gets underway with two stages run back-to-back starting with the 13 kilometers MJ Safaris test which is proceeded by the Kaliro Sugar test that runs for 18.80 kilometers.

Crews will then proceed to the service park and after tackle the 19-kilometre Daudi Migereko section before returning to the service park for one last time before they attempt the final loop which shall see another pass through the MJ Safaris and Kaliro Sugar sections.