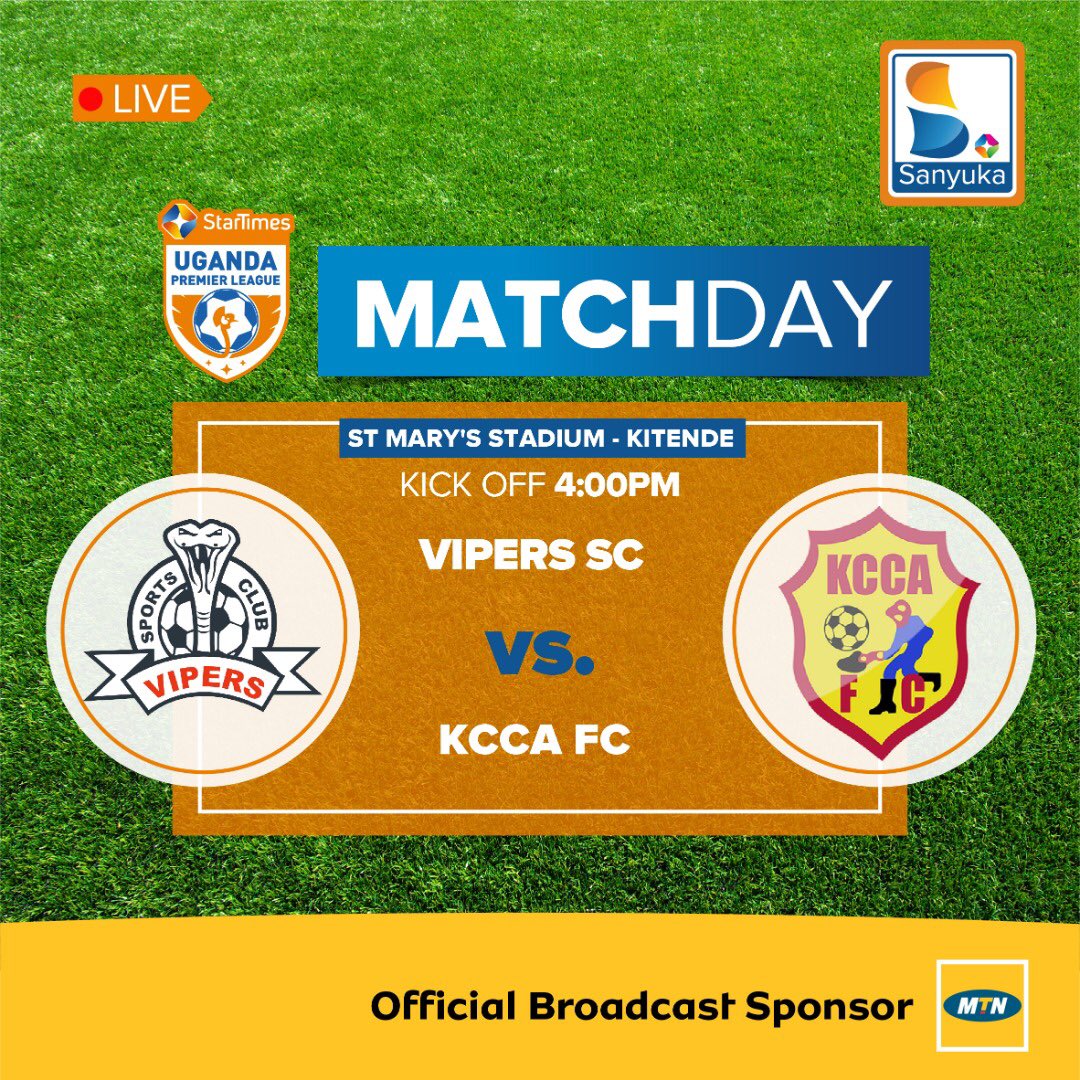 One of the biggest football matches in the country is on today as KCCA FC visits arch rivals Vipers at the St. Mary’s stadium in Kitende.

The game is in many ways a grudge match. The Venoms were declared last season’s champions after Covid-19 interrupted the progress of the league when KCCA still hoped for the title.

Vipers were just four points ahead of KCCA FC with five matches to play. The two sides are meeting for the first time these season with three points separating them.

Fred Kajoba’s hosts were beaten in the previous fixture (2-1 against URA FC) to lose control of the summit while KCCA FC drew one all against Police fc. The two sides drew goalless in a similar fixture last season.

The hosts welcome back Aziz Kayondo, Rashid Toha and Paul Willa who were out in the match against URA FC. Kayonda had just come from national duty while Toha and Willa had accumulated three yellow cards.

They however be without youngster Najib Yiga who is still injured

Fred Kajoba the viper SC head coach says that the team is ready for the encounter while his opposite number Mike Mutebi says there is no pressure going into the game.

“We have set ourselves mentally and physically so we will go all out against KCCA. We are at home and it’s important for us,” Kajoba told the club website.

Vipers are currently 3rd on the table with 30 points while KCCA FC is 4th with 27 points.

Top four in sight for Express