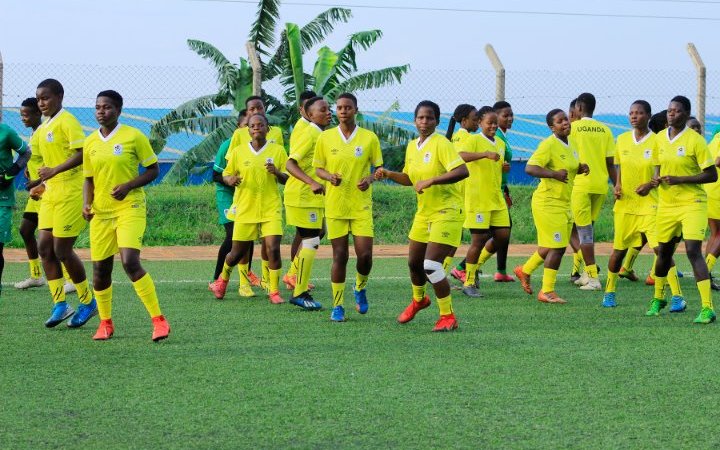 The Uganda U20 Women National team is not resting on its laurels as they continue to prepare for their 2022 FIFA U20 Women World Cup second round qualifier.

Ayub Khalifah’s U20 team holds a significant advantage over Kenya after thumping their cross-border rivals 7-2 from the first leg played at the Nyayo National Stadium in Nairobi on Saturday.

Despite the advantage which should be enough to almost guarantee that they progress to the next round of their qualifiers, Khalifah is not leaving space for any bit of complacence to creep in.

The U20 coach is already seeking ways to improve his team and keep the players on their toes, with five players joining the team camp at the FUFA Technical Centre in Njeru.

Four of those are new faces that will be joining the for the first time, while Luweero Giants goalkeeper Saidat Namwanje was dropped before the team’s trip to Kenya.

“We have included four new players to make a total of 25,” Khalifah told media after training on Wednesday.

“These girls were part of the initial list of 35 players I had submitted but I could only work with 30.”

If you look at what they gave us in their first training with the group, I believe they will bring healthy competition to the team as we work towards the return leg.

“The choice on who to add was based on what we want to achieve and that is why we looked at every department. The new players will bring positive energy and that can spread across.”

Uganda will look to get the job done in the second leg at the St. Mary’s Stadium in Kitende on Friday, October 8.

Uganda will play South Africa or Mozambique at the third-round qualifying stage. There are only two slots available for Africa for the World Cup finals that will be played in Costa Rica.