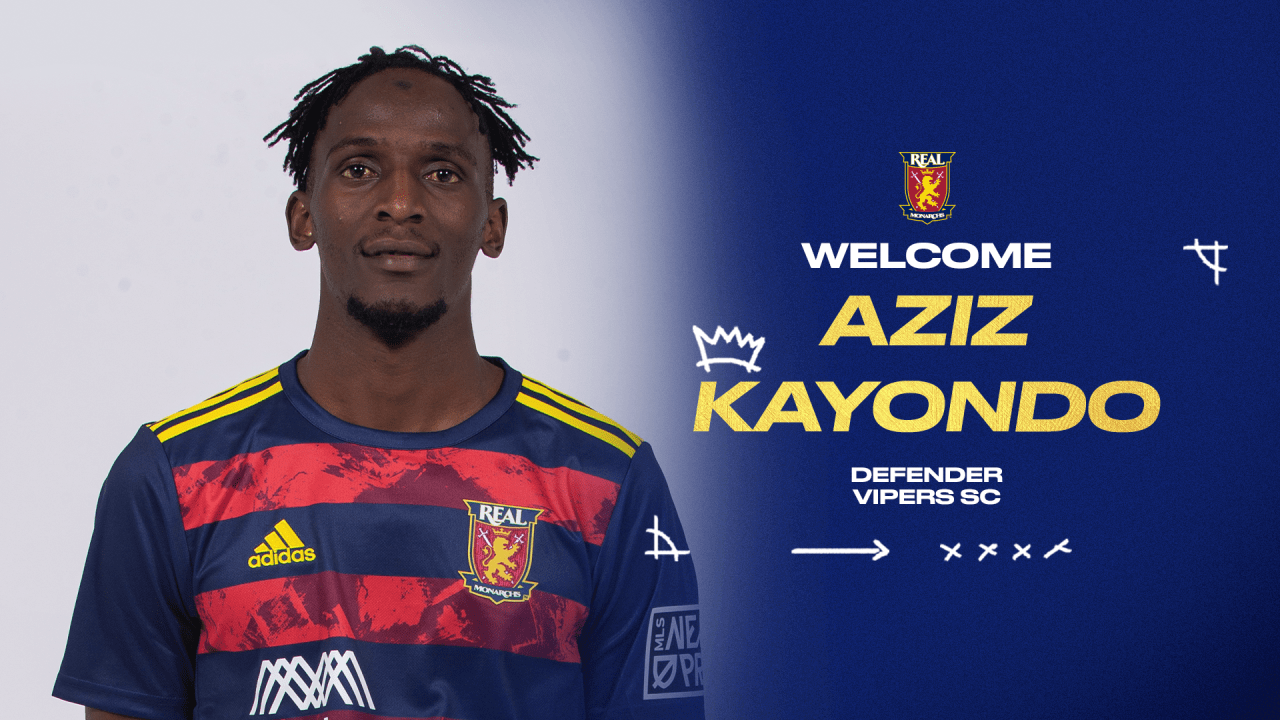 Real Salt Lake Assistant General Manager Tony Beltran suggested that they are cannot wait to explore Aziz Kayondo’s high potential and are excited about the kind of player he can develop into.

Kayondo on Thursday morning completed a move to the Major League Soccer Club to an MLS NEXT Pro professional contract from Vipers on an undisclosed fee.

The deal is still dependent on approval from the league, but the left back will now join the club’s development side Real Monarchs.

“Kayondo is a talented, young defender who has quickly risen to a high pedigree in African football, both with his club and the Uganda national team,” Tony Beltran told the club’s website.

“We believe this is just the beginning of what he can accomplish and are excited about the potential heights he can reach with Real Monarchs and our organization,” he added.

The 19-year-old has spent four years at Vipers SC since he was promoted from their development side, helping the club win the 2020 StarTimes Uganda Premier League and 2021 Stanbic Uganda Cup.

Kayondo has been a feature of the Ugandan National Team ranks, making 11 appearances for the U-20 and U-23 squads, and recently recording his first appearance with the senior national team in their 2022 World Cup Qualifier against Rwanda.

Kayondo was named one of three finalists for the 2021 Airtel-FUFA Awards Men’s Player of the Year, given to the top player in Uganda.

He was also named to the Bext XI for the 2020 U-20 AFCON team after leading the U20 team to the finals of the tournament.

Real Monarchs are currently competing in the newly formed MLS NEXT Pro, with its next home match set for this Friday, April 29 at 7:00 p.m. MT at Zions Bank Stadium against St. Louis City 2.

This move comes after seven seasons in the USL Championship, during which the team won the 2019 USL Championship Cup, the 2017 USL Regular Season Shield, and the Western Conference Title in both 2017 and 2019, while also qualifying for the postseason in 2018.

About the MLS Next Pro

MLS Next Pro is a men’s professional soccer league in the United States and Canada that is affiliated with Major League Soccer (MLS).

It launched in 2022 with 21 teams, of which 20 are reserve sides for MLS clubs and the independent Rochester New York FC.

The league is classified as part of the third tier of the United States Soccer League system.