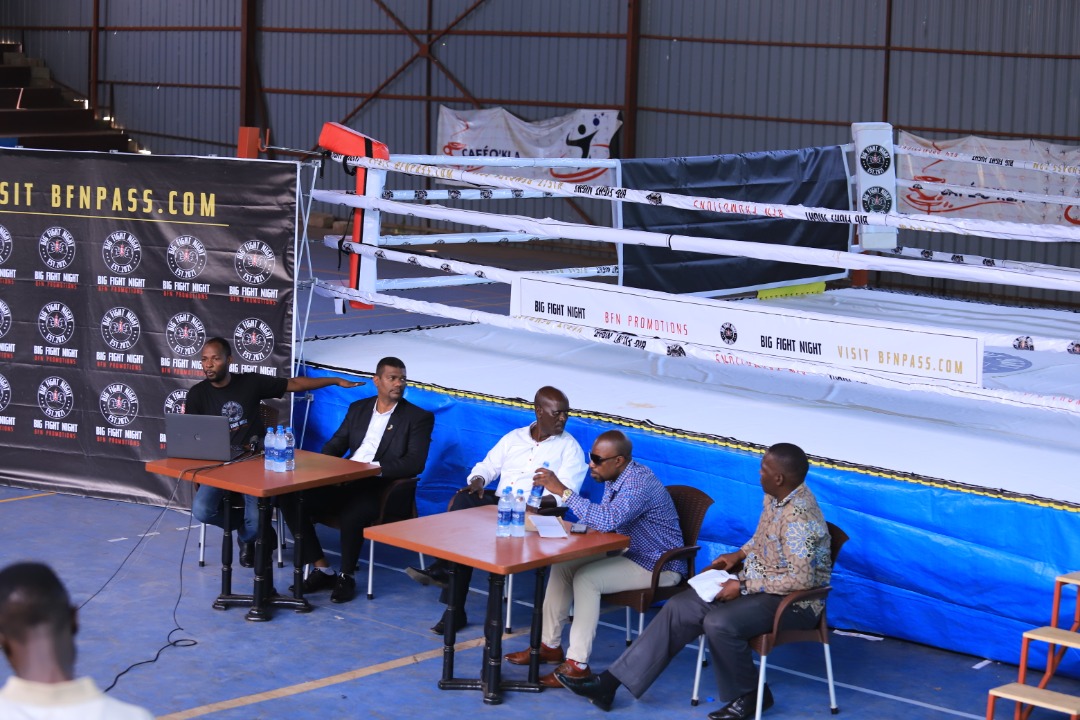 Officials during the launch of the fight ring during the Big Fight Nights (BFN) Promotions launch at Old Kampala Sports Arena in Mengo, Kampala | Courtesy photo

The script to making as a top fighter is simple, go to your nearest boxing club, join it, throw a couple of punches and hope that in a few years you will be standing at the top rope as a world champion.

But in reality, making it as a top professional fighter is much more than that in any fighting discipline boxing, kickboxing, Thai boxing or any combat sport.

Of course, you will have to beat a number of opponents as you climb the ranking, but making a career out of boxing requires much more than that.

Fighter will need to have a team that will help them prepare for fights and ensure that they earn their money from the fights while also growing their brands to earn from sponsorships.

In the Ugandan context, it is easy to find good fighters, but bridging the gap from amateur into turning professional is the leap many boxers find to huge to jump over not because of lack of ambition, but the lack of avenues through which they can turn around their careers and earn from them.

However, there is a new player in the business whose ambition is to close the gap and ensure a more seamless transition from amateur to professional. 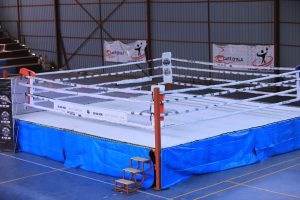 Big Fight Night Promotions has joined the fighting business with the objective of developing fighters and managing their careers from the amateur boxing clubs.

“The idea is to sell professional fights in a more fulfilling package and ensure that there are regular competitions for the fans to enjoy.”

“As BFN promotions, our approach will be to create the next big stars and provide that much needed platform for the kids in the ghetto searching for their breakthrough,” he added.

“Promoters in the business have been looking at working with the established fighters, but who tells the story of the amateurs who want to go pro?”

“We are sure that the talent is there in abundance, but how we develop it has been the problem and we are confident in our ability to bridge that gap,” Omaria explained.

Big Fight Night’s approach is a game changer with the promotions company looking at tapping into the available talent languishing at amateur level and then accelerating their professional careers.

Launched in 2021, BFN announced their new path on Wednesday afternoon at Old Kampala, where they also unveiled their state-of-the-art fighting ring worth a little over USD 16,000 (UGX 60,000,000) made out of local material.

“Our objective is to improve the quality of professional fights. This investment speaks for itself, and tells how huge our ambition is,” Omaria said.

“We want to be able to host top international fights here in Kampala. With such a ring, I am sure fighters will be comfortable flying over to Kampala when they are sure the facility fits international standards.”

“It is no secret that professional fights have suffered with the lack of proper facilities, but now this is here and this ring fulfils all international standards and can host any fight from boxing to kick boxing.”

“The other advantage is that this ring has been made locally. We assembled a team and used mainly local equipment to develop something this impressive which also helps the growth of the Ugandan industry,” he stated.

“This is a game changer in terms of growing the professional standards within the country, and opens up an avenue for the young lads who want to become top professionals,” Uhuru said.

“We have had promoters who look at benefitting from the already made fighters which has held the sport back a bit. But having an entity willing to growing fresh blood is something that the commission welcomes.”

“The future is bright, and I pledge to support their objective, but my warning is that they should not play along with the cheap politics in associations, but look to serve to the good of the sport,” Uhuru stated.

Meanwhile, Uganda Boxing Federation president Moses Muhangi described the initiative as ‘a significant step in the growth of the sports one that has been long overdue’.

Just how do i Start Dating a Girl?