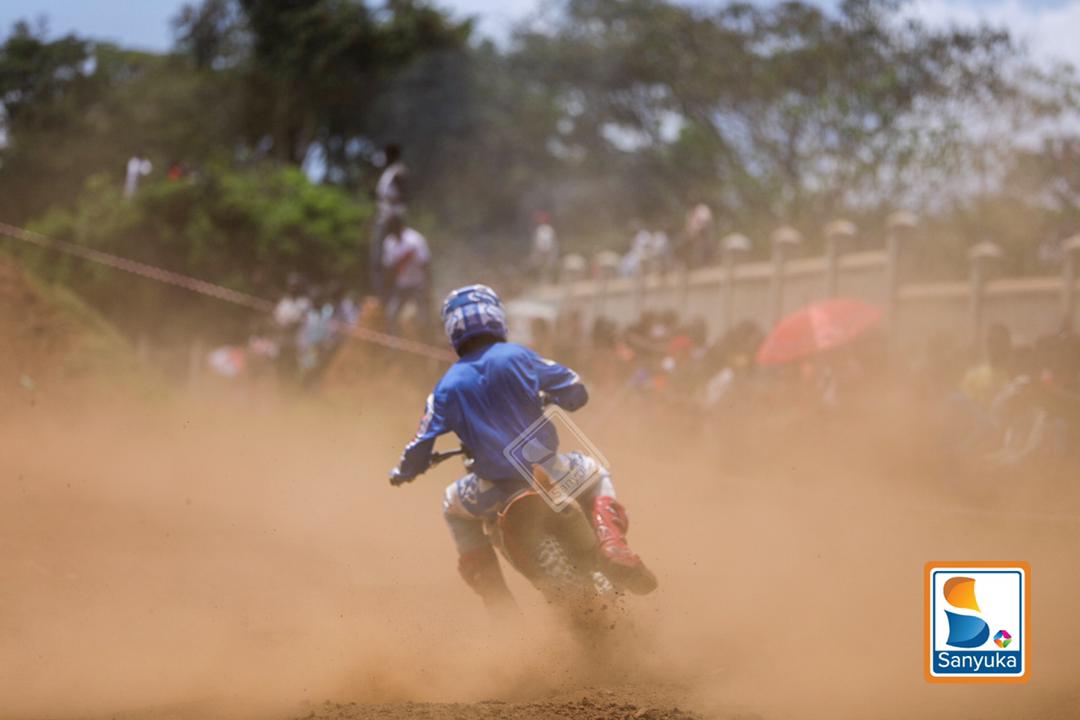 The Uganda Motocross Cranes put up a domineering performance over the weekend as they took a strong lead in the opening round of the 2022 FIM Africa Motocross Challenge.

Uganda, winners of the two-legged event in 2019, laid a firm grip on their title defence as the championship returned following a two-year hiatus due to COVID-19 at the Victoria Raceway track in Garuga over the Easter weekend.

The Ugandans put their home ground advantage to good use winning six of the eight categories, collecting 1245 points, 679 points better than Kenya who managed only 566 points.

Tanzania also competed but were riding under white bibs as they continue to chase affiliation with the Fédération Internationale de Motocyclisme.

Maxim Van Pee, made a glorious and drama filled return to the track as he emerged winner of the MX1 category ahead of team captain Alestair Blick.

Van Pee had a dreadful start, dropping out of the first heat but recovering to finish second on Saturday. He then took heat two but there was more drama in the final heat as he crashed twice but still managed to pip victory.

The first was a high-speed crash on a long-left hander after he lost his clutch and brakes, but recovered well and a few laps later he had a trip into the barriers.

But he was saved from his blushes as Alestair also suffered hiccups running out of fuel and failing to take advantage of his rival’s misdemeanours.

“It was tough,” he said after the race, adding; “I suffered two crashes and then lost my brakes and clutch so I just had to nurse it home.”

“Thankfully, my rivals also suffered hiccups so I am glad I take the victory. To get this after that long lay-off gives me confidence ahead of the second leg and the season.”

“I will definitely build on from this, because I take a lot of lessons from the race,” he continued before joining his fans to celebrate his return.

Siblings Miguel and Johnathan Katende were uncatchable in the 65CC class, and secured a 1-2 finish, with Miguel delivering as promised by winning all three heats. Kenya’s Kigen Mutuma finished third.

Jamaira Makumbi beat Kenya’s Dylan Hatanga to victory in the 50 CC (Peewee) class, while and Filbert Muwonge pipped Uhrie Yongo to third place despite the two finishing level on points.

Muwonge had finished a strong second and third in heat one and two but fumbled to fifth position in the final heat.

Jerome Mubiru rallied from second place on Saturday to win the 85CC class with commanding wins in the second and third heat ahead of Kenya’s Ryan Tiren. Mubarak Ssenoga Mayanja finished a distant third.

Kenya’s Alex Kandie had built a commanding lead after winning the opening two heats that Apollo Milton Akena’s victory in the third heat didn’t stop her from taking the victory in the 125CC.

Kandie’s compatriot Peter Magwa ensured that they dominated the class by taking the final podium position.

MX2 saw a sweeping victory for Kylan Wekesa who took all three heats ahead of compatriots Sharifah Kateete and Johnathan Mwangala.

Arthur Blick took victory in the Veteran class ahead of Kenyan duo Fred Yongo and Fredrick Aoko while Kandie returned to take another victory for Kenya in the ladies race.

Uganda will aim to see out victory in the series at the second and final round to be hosted by Kenya in December.