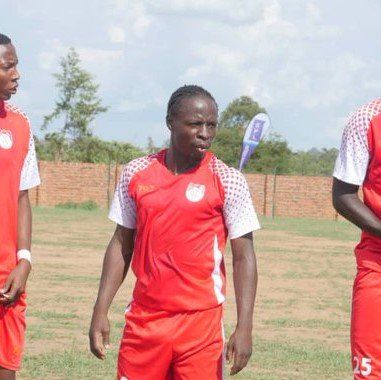 With just over a week left to the return of the StarTimes Uganda Premier League, Kyetume FC is trapped in a dilemma. Goal- scoring machine Robert Ssentongo is yet to confirm his stay at the club.

The four-time Ugandan top flight golden boot winner is currently out of contract with the club helped to promotion into the league.

Although negations for contract renewal were once held, the controversial striker says that the two parties are yet to come to an agreement and is still unsure if the club still needs his services.

“I am waiting for the statement from the club officials before making a decision to leave and am hopeful we shall come to an understanding. It is true that they contacted me but we could not agree on some terms. I am still loyal to Kyetume because I have turned down a number of offers from different clubs but if nothing materializes soon, I will be left with no option but to go,” Ssentongo told this website.

Ssentongo joined Kyetume during the second round of the 2018-19 FUFA Big League season and he was instrumental in the club’s promotion to the 2019-20 Star Times Uganda Premier League scoring a heart trick in the 4-1 promotional play off final against Kansai Plascon FC.

His performance with the club during the top flight league is unquestionable since he was the best player for the month of February after scoring six goals before being the club’s top scorer with 8 goals just 5 shy of the league’s golden boot.

Reliable sources indicate that there is a huge crisis in the club’s camp with most of the players abandoning club’s official training sessions due to un-paid salaries despite the date for the resumption of the 2020-2021 star times Uganda premier league edging closer.

According to the release Draft fixture for the StarTimes Uganda Premier League, Kyetume will start their second season in the top flight against Wakiso Giants on the 9th of December 2020.

Last season the Slaughters finished 11th on the log with 30 points in 25 games.

ETHIOPIA – Bringing the good days back