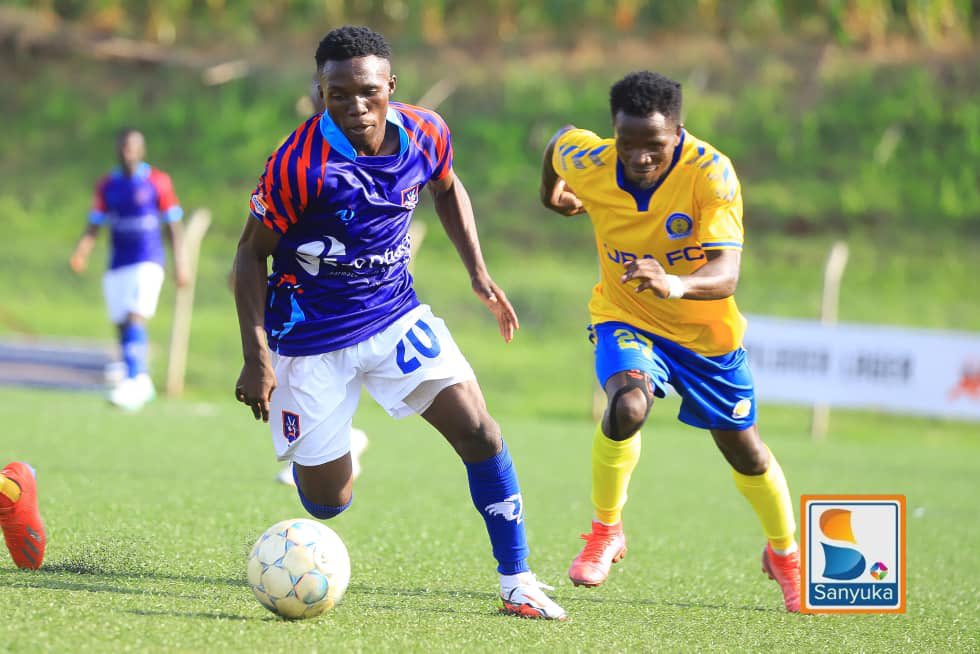 URA FC had Cromwell Rwothomio to thank on Tuesday as his 88th-minute strike snatched a point from the jaws of defeat as it earned the Tax Collectors a 2-2 draw at SC Villa.

Petros Koukouras had seen his side win only one of their previous five games, and had declared ahead of kick-off that the club had to search for their way back home.

And the message seemed to have rubbed his young squad the right way as a robust start to the game saw them take the lead inside four minutes.

Travis Mutyaba danced his way past a couple of URA defenders before setting up Saddam Masereka to finish off a brilliant team move for his second goal of the season.

The Tax Collectors who were without captain Shafic Kagimu and pacey forward Joachim Ojera struggled to find a footing in the game and looked out of ideas for much of the opening 15 minutes.

But just when it seemed the Jogoo had soaked up the little URA could throw at them, Vianne Ssekajugo lashed home a brilliant volley from just outside the box after a lazy clearance from Gift Fred fell at him in the 16th-minute.

The hosts didn’t slow down and deservedly re-established their lead in the 44th minute through Mutyaba with a powerful low drive from outside the area. after Hudu Mulikyi carelessly lost possession at the centre line.

URA struggled to lay a hand on Villa for much of the second half, and just when it looked as though Villa would see out the game, Rwothomio pounced on Moses Sseruyidde’s delivery to salvage a point.

The point earned saw URA stay eighth on the log with 12 points after seven games, while SC Villa move into 12th on eight points.

In the other games, BUL Bidco thumped Busoga United in the Jinja derby to move into third place on the table and condemn their rivals to a third defeat on the bounce.

Ibrahim Nsimbe and Musa Esenu each grabbed braces before Richard Wandyaka scored for the first time in the league since striking against Police FC in October.

Champions Express FC picked up their first home win of the season and first against Mbarara City in the league since 2018 as they cruised to a 2-0 victory.

Eric Kambale scored from the penalty spot after 26 minutes to set them on the path to victory before Godfrey Lwesibawa sealed the three points in the 86th minute as the Red Eagles moved into sixth.

At the Green Light Stadium, Ahmed Amayo scored Onduparaka’s sixth goal of the season but it was not enough as they were held to a 1-1 draw by Wakiso Giants.

Wakiso managed to secure a draw through Joshua Lubwama who scored his first goal of the season in what was his first start for the club since that defeat to Vipers in October.

Onduparaka stay 10th on the table, but move to 10 points, while Wakiso Giants slip into fifth on 16 points.

Meanwhile, Police remained the only winless side in the division as they played out to a third consecutive draw following a 2-2 draw with Gadaffi FC at the MTN Omondi Stadium in Lugogo.

The Cops who are still bottom of the league fell behind in the 42nd minute as Amos Kirya struck for the Soldier Boys. Juma Balinya managed to pull them level in the 68th minute, but were chasing the game once again as Hassan Musana scored from the spot two minutes later.

Hassan Wasswa managed to pull his side level again in the 75th minute, but there was not to be any late come backs for Abdalla Mubiru’s side who continue to have an underwhelming season.