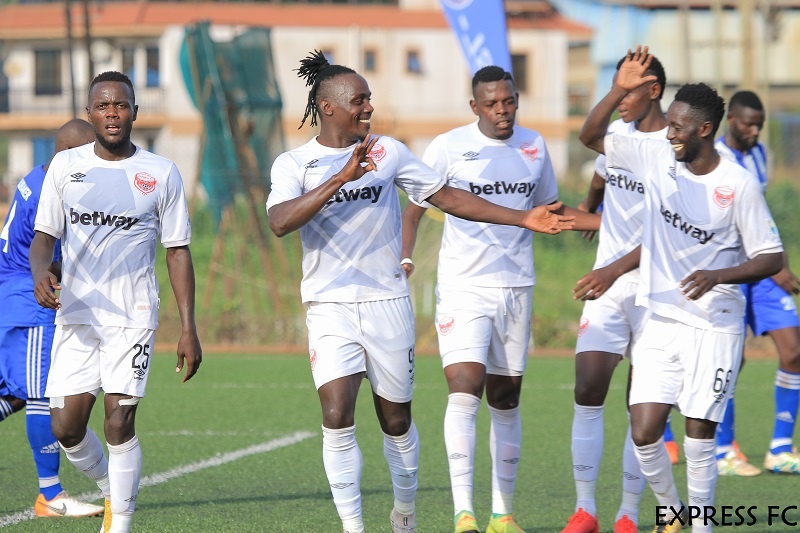 Uganda’s home of sports Sanyuka Television will broadcast live both Express FC and URA FC’s continental matches that come up this week on Friday and Sunday respectively.

The two StarTimes Uganda Premier League clubs – which is also broadcast live on Sanyuka – will represent Uganda in the continental premier club competitions.

Express FC will play in the CAF Champions League while URA FC will represent the country in the CAF Confederations Cup.

The Red Eagles earned the ticket to play in the Champions League after they were declared winners of the Uganda Premier League in the 2020/21 season following a surge in COVID-19 infections in the country in March.

In similar fashion, the Tax Collectors who finished second in the league, a point behind Express were elected to represent the country in the Confederations Cup as FUFA cut the season short.

Express begin their journey to reach the group stages of Africa’s premier club competition at the first qualification round against Sudan’s Al Merriekh on Friday at the St. Mary’s Stadium in Kitende.

It will be the first time Express plays in any continental competition since 2008, when they were knocked out of the Confederations Cup in the first-round qualifiers.

Overall, this will be the 18th time that Express plays on the continent, with their best performance coming in 1995 when they reached the semi-finals of the African Cup of Champions Clubs now the CAF Champions League in 1995.

The Red Eagles will be buoyed by their CECAFA Kagame Cup in August as they get their continental campaign underway.

Meanwhile, URA FC will also seek to reach the group stages of the CAF Confederation Cup, and they start their journey with a preliminary round qualifier against Ethiopian Coffee SC on Sunday at the St. Mary’s Stadium Kitende.

This will be the seventh appearance for the Tax Collectors in a continental club competition, and it will be only the third time that the club plays in the Confederation Cup.

Both their previous two appearances in this competition have ended in at the first-round qualification stage.

URA made their debut in the competition in 2006, eliminating Kenya’s World Hope in the preliminary round before falling to Sudan’s Al Merriekh in the first round.

They featured in the Confederation Cup again in 2015, but still failed to progress beyond the first-round qualifiers after falling 4-3 on aggregate to South Africa’s Orlando Pirates.

Just how much Does a Mailbox Order Star of the wedding Cost?

The way to select a Seeing Site For Marriage Simply