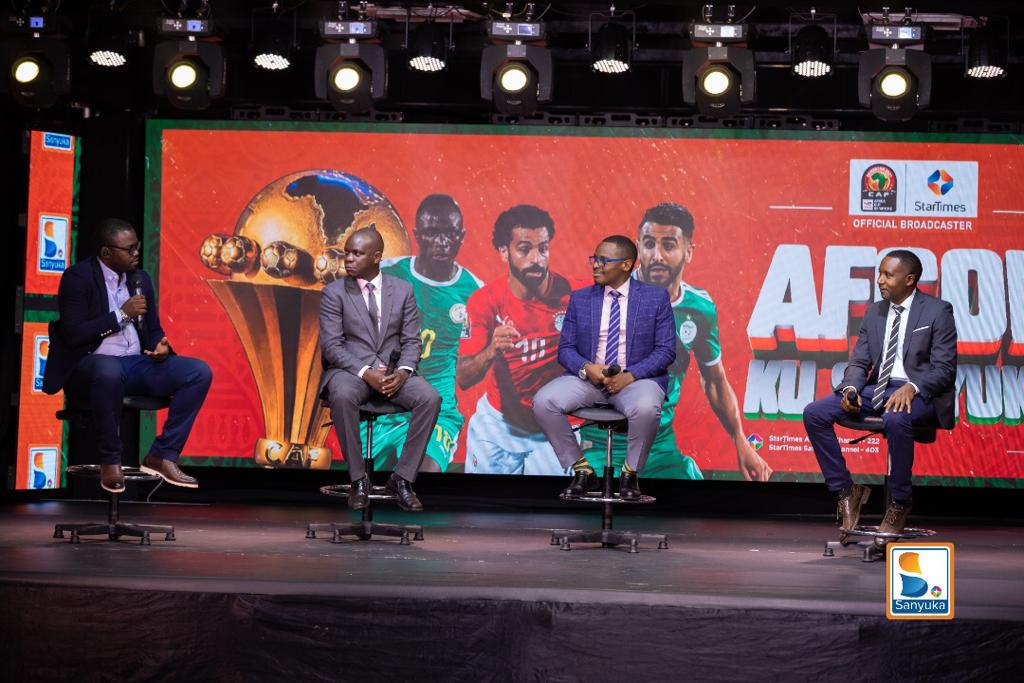 Africa’s biggest football showpiece the Africa Cup of Nations id coming to your home of sports after Sanyuka TV and StarTimes agreed a deal to air the tournament live.

Sanyuka TV channel 222 on the StarTimes decoder promises to offer an amazing and intriguing coverage of the event with a panel that includes a former player that has played at the AFCON previously.

The 2021 AFCON gets underway on January 9 and culminate with the final on February 6 in Cameroon, a year after it was postponed due to the coronavirus.

StarTimes Marketing and Brand Director Ismail Lule said: “We’re thrilled to be bringing such a prestigious event to our Ugandan audiences.”

“The African Cup of Nations launches a huge year of international football and I know fans will look forward to following all the action from the competition across Uganda.”

Meanwhile, Desire Derekford Mugumisa, Next Media’s Head of Brand and Communications explained: “We are delighted to add a competition like the AFCON to our ever-expanding football line up.”

“We promise to put up a whole different experience for our viewers and provide them with the best coverage throughout the entire tournament,” he added.

The tournament brings together the top footballing nations on the African continent, for the prize of champion, one that is currently held by Algeria.

Egypt is the most successful country in the tournament, winning it seven times and will aim for title number eight at the home of their biggest foes Cameroon who have won it five times, the latest in 2017.

Senegal, runners up in 2019, will be gunning for their first continental title, while Ghana are still in search of another AFCON glory since their triumph in 1982.

The Super Eagles of Nigeria, Morocco and the Elephants of Cote d’Ivoire also fancy their shot at victory in the 24-team tournament.

FIFA U20 WCQ: Najjemba urges U20 women to stay on their toes