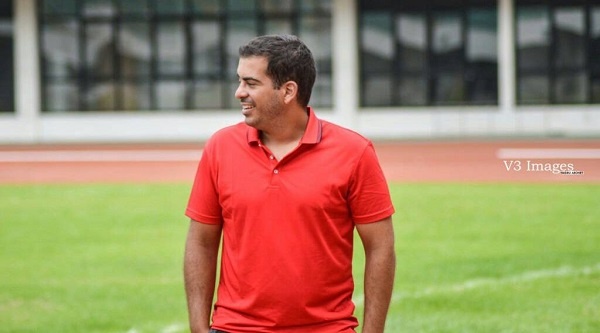 Greek coach Petros Koukouras is set to be appointed as the new Sports Club Villa head coach ahead of the 2020/21 Uganda Premier League season.

Koukouras will replace Edward Kaziba at Villa, and is expected to sign a three year contract with the 16-time league champions.

The Greek is said to be in transit and is expected to arrive in Uganda on Thursday, according to reports, after which he will hold final talks with the club before he signs on the dotted line.

It is not yet certain whether the Greek will come along with his backroom staff, or will work together with the coaching staff at the club including Ibrahim Kirya, and Nistelrooy Kizito.

Born in Kavala in Greece, Koukouras had a short playing career, featuring for native club Achilleas Peraias FC between 2004 and 2006.

He holds a UEFA A coaching license, a MSc in strength and conditioning and is also a member of the FA Licensed Coaches’ Club.

The 32-year-old holds an impressive resume, after working with Sparta FC as an assistant coach in 2014, Pacific Heroes between 2018 and 2019 and recently South Sudan’s national football team.

He left the role with the Bright Stars in September 2020 and was replaced by Nacisse Tinkeu.

Serbian Zivojnov Srdjan (2010–2011) and Spaniard Antonio Flores in 2015 are the other foreign coaches to serve in the role.

Koukouras’ appointment comes at a time where SC Villa is trying to put its house in order. After botched presidential elections, the club was placed under an interim committee headed by William Nkemba.

The committee’s main task was ensuring the club prepare substantially for the 2021/22 season.

Villa is among up to nine clubs that were slapped with a fine by FUFA’s licensing committee after failing to meet the deadline for submission of the minimum licensing requirements.