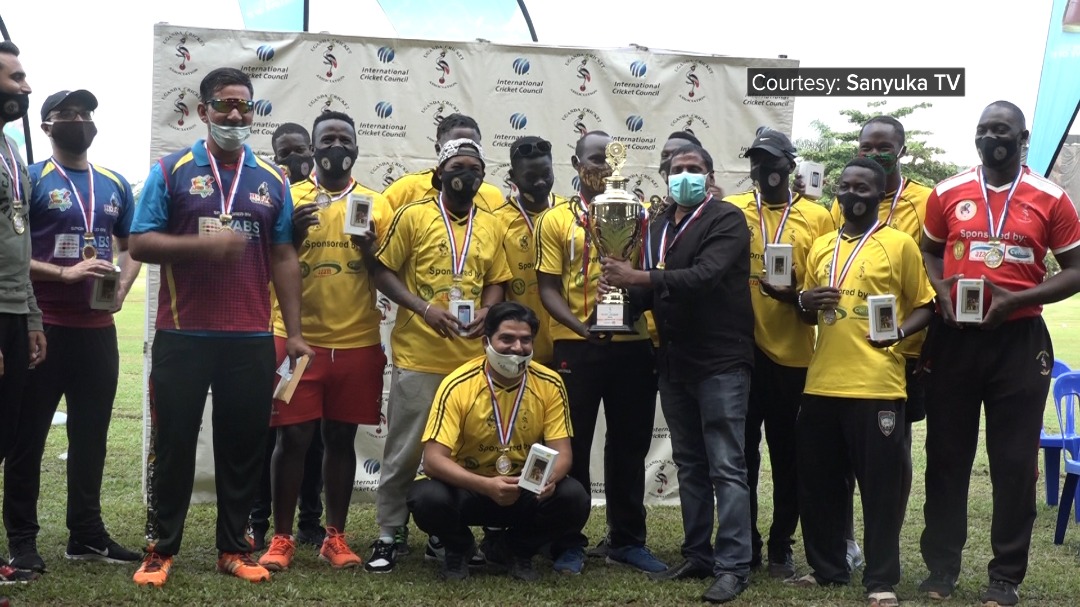 The Scorpions have won the first-ever T20 elite cricket league.

The week-long tournament was the first since the green light for the return of sport was given by the president.
The scorpions registered eight points to beat the bucks by a single point and win the inaugural cricket elite league played at the Lugogo Cricket Oval.

The Mamba Challengers came last with only five points.

Emmanuel Isaneez who was the joint leading bowler with nine wickets and national team captain Brian Masaba say they were not playing at the topmost level but feel they are ready to return to competitive cricket.

“The level of competing has been good, considering that we have not been playing cricket for 8 months, and the games we played indicates cricket can return and sports in general,” said Masaba.

Despite the team he coached in this tournament winning it, the national team assistant coach Jackson Ogwang observed that many players were batting poorly while journalist Innocent Ndaula admits that some players are not yet up there due to the long COVID-19 break.

“I Batters did not come good since they have taken long but the fitness levels were okay,” said Ogwang.

Elsewhere, the Sailfish swimming club has won the first-ever swimming without water challenge that was introduced by FINA to its member federations with the aim of ensuring that swimmers keep fit during the lockdown.

11 clubs participated in the competition where they were required to share videos of them exercising as Uganda Swimming Federation official Nana Jacqueline explains.

“Even though you are not able to swim some of your fitness skills are done outside the water. We, therefore, introduced this to keep our swimmers busy at home’” said Jacqueline.

Uganda Swimming Federation president Moses Mwase hopes that the swimmers can return to the pool in January.