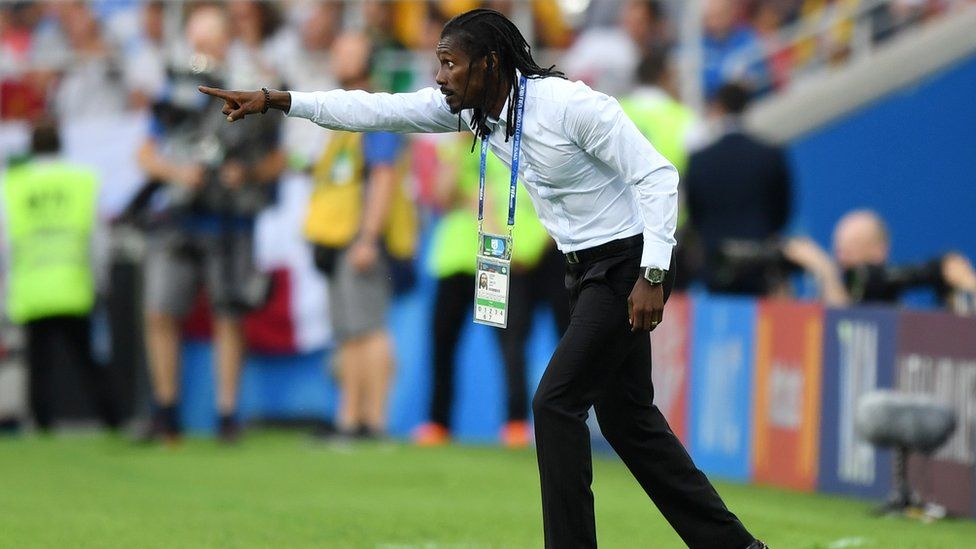 Aliou Cisse has reminded his players that ‘there are no small teams’ at the 2021 Africa Cup of Nations (AFCON) as Senegal turn their attention to an incredible clash against enemy Guinea on Friday afternoon.

The Teranga Lions got the chase for what would be a first AFCON title to a laboured start against Zimbabwe, as Sadio Mane netted the only goal of a tight contest from the penalty spot deep in added time.

Cisse and his men then had the chance to watch their rivals get their tournament off and running with a 1-0 victory over Malawi.

With both sides at the top of Group B, the Western Africa derby at the Omnisport Stadium in Bafoussam will provide more incentive for either side as victory would mean a place in the next round.

Cisse who will be meeting former Guinea player Kaba Diawara once again this time as coaches after 24 years said: “When Senegal play Guinea its always an exciting match, a Derby to watch.”

“Our aim is to win every game, but we have to remember they are equally very strong side. I have always told our players we have no small teams in the competition.”

“I played against Guinea Coach Kaba Diawara 24 years ago and we know each other well. However, on the pitch things will be different as we both want to win,” he added.

The tie is tilted more in favour of Senegal who have won the previous two AFCON meetings between the two nations, but the Syli Nationale will want to send a message of intent f they can stop a favourite.

“We are excited to be playing against Senegal in a Derby. Senegal is a big team, and we don’t expect an easy game, but we know nothing is impossible,” Guinea coach Diawara said.

“We are determined to get three points, and I have urged the players to be vigilant as we want to avoid the mistakes we did against Malawi,” he added.

Guinea will once again rely on captain Naby Keita, Issiaga Sylla – the scorer of the winner against Malawi and Mohamed Bayo.

While Cisse will hope that his start studded squad inclusive of players like Sadio Mane and midfielder Gana Gueye will be better than they were in the first game, while he could be boosted by the return to fitness of goalkeeper Edouard Mendy and defender Kalidou Koulibaly.

Morocco vs Malawi – Game of our lives