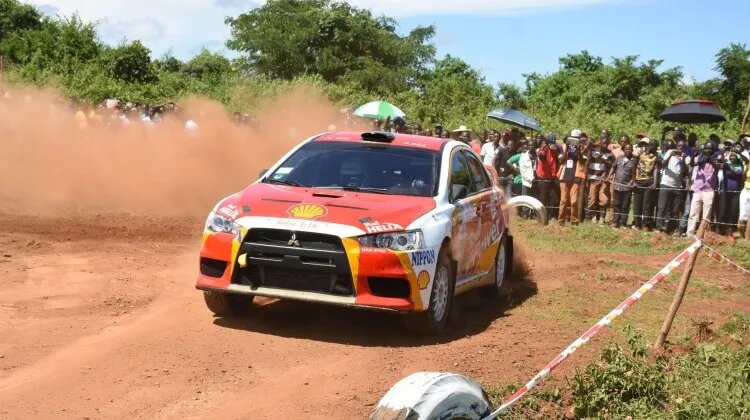 As the Shell V-Power Pearl of Africa Uganda Rally (POAUR) marks its 24th instalment, the Federation of Uganda Motorsport Association (FMU) has promised to deliver an exhilarating experience for both the competitors and fans.

According to the organisers, they will include a shakedown stage and a qualifying stage on the itinerary for the first time among several modern adoptions for the rally slated for May 6-8.

The introduction of the two tests is expected to add fire works to the competition with fans getting a test of what is to come when the rally proper eventually gets underway.

Competitors will have an opportunity to test their machines with free practice runs at shakedown using competition speeds through a gazetted stage on Friday before they attempt to post qualifying times.

A Shakedown stage is a full-speed test on a route equivalent to the stages and is run before the official start of the rally.

It gives and opportunity for crews to test their competition cars and get a real feel for the nature of the route. The crews can then tune their cars to perform optimally in the prevailing conditions.

A shakedown stage is also a real bonus for spectators, as they can see their favourites at full speed several times before the official races begin.

Meanwhile, the qualifying stage will help determine the starting order for ARC competitors and other priority drivers on the first day of rally action.

Only the fastest five drivers from the qualifying stage will be allowed to take part in selecting their starting positions for Saturday.

The POAUR route is currently under modification from its initial design following a review of the internal operations of the Sugar Corporation of Uganda Limited (SCOUL), who had offered land for the routes.

Clerk of Course David Mayanja confirmed that there will be complete re-design of Shekhar Mehta and Mabira stages which constituted 45 percent of the rally as they passed through the operations area.

However, the Kasuku Tea stage which is the longest of the rally will remain intact, while they will now have to design another stage that will provide the shakedown and qualifying tests.

Entries for the rally were opened on April 1, with organisers capping the number of entrants to only 45.

Abbas Mayinja was the first competitor to enter the rally, with entries expected from Kenyan Karan Patel – winner of the ARC Equator Rally last weekend and Zambia’s Leroy Gomes among others.

The rally was last held in 2019 when Kenyan Singh Manvir Baryan defended his crown ahead of Uganda’s Arthur Blick.