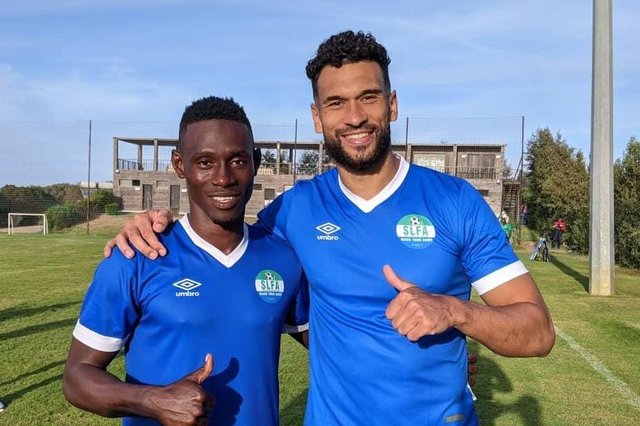 With Caulker, he has the advantage of having a defender familiar with tasks in major football leagues (English Premier League and Turkish Super Lig) and who has played a world-class competition, the men’s football tournament at the London Olympics in 2012.

Born in Great Britain, Caulker, who plays in the very passionate Turkish league, decided to wear the colors of his parents’ home country after playing in the English youth national teams.

He will thus serve as a guide for his other defensive partners who will have the opportunity to discover the tips and tricks of a very high-level competition like TotalEnergies AFCON.

Without having the opportunity to play a final phase of a competition at continental and world levels, 37-years-old Kei Kamara has the advantage of top-level experience.

Kei Kamara, who played for a long time in the United States of America, proved that it is in the old pots that good sauces are made, by taking his responsibilities in the decisive qualifiers last day match against Benin.

He scored from the spot what turned to be the goal that took Sierra Leone to the TotalEnergies AFCON finals for the first time since 1996.