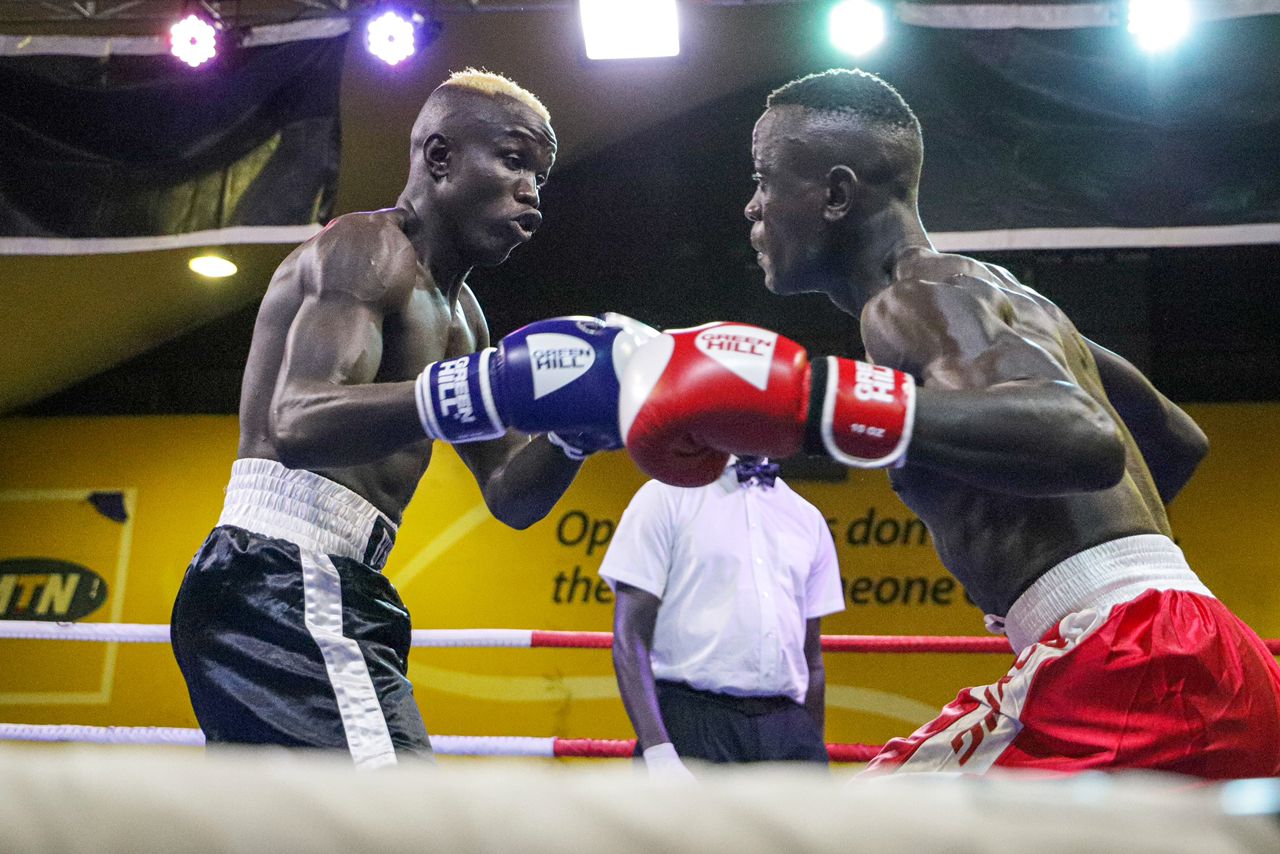 The highly anticipated fight between Adnan Yasin and Wasswa Ssali paid off for the boxing fans in more ways but one.

After five rounds of hard-hitting and heavy hits from both pugilists, the crowd that accessed the MTN Arena in Lugogo seemed to have settled for Yasin to have done more than enough to win the fight.

Both men gave as many power punches as they took, and took turns to control the fight and in the end, the decision went to the judges’ scorecards, where many thought it was a formality.

But they had all got it wrong, the judges returned the cards only to reveal that the fight was scored a split decision draw.

The result from the Lightweight fight – which was the one many looked out for on the night – set the tone for what happened elsewhere in week three of the Uganda Boxing Champions League.

From exciting ring walks to top-level bouts to go along with wild cheers from the fans, there was also a moment of camaraderie between UBF president Moses Muhangi and FUFA president Moses Magogo, as the two who have not seen eye to eye recently shared a table in support of the league.

A year after his father’s brutal assassination in Bwaise, Isaac Zebra Jnr sought to commemorate his father’s legacy with a victory as he returned to the boxing ring against John Owino.

Zebra Jnr’s ring walk was accompanied by his mother Mercy Mukankusi, as the crowd produced an outpour of emotions singing Isaac ‘Zebra’ Ssenyange’s name in unison.

The bout produced the best bit of entertainment, with Zebra Jnr in cruise control in the first round, but saw his advantage cut in with every passing round.

After a disappointing round one where he was on the back foot, Owino bounced back to take a slight edge in the next two rounds.

But Zebra Jnr was relentless, replying with power shots and combining them with clever jabs. But he lost steam late in the fight and that handed his opponent an outright advantage.

The judges scored the fight 4-1 in favour of Owino, though there was a hint of disappointment on Zebra Jnr’s face with the decision.

Joshua Tukamuheebwa continued his dominance in the Light Welter Weight category, producing the only knockout of the day against Kimera Edward, to add to his dominant victory over Mutyaba Collin.

The only ladies fight on the day saw Sandra Attermo defeat Nakimuli Teddy in a split decision 4-1 victory.

How to Start a Chatter With a Girlfriend