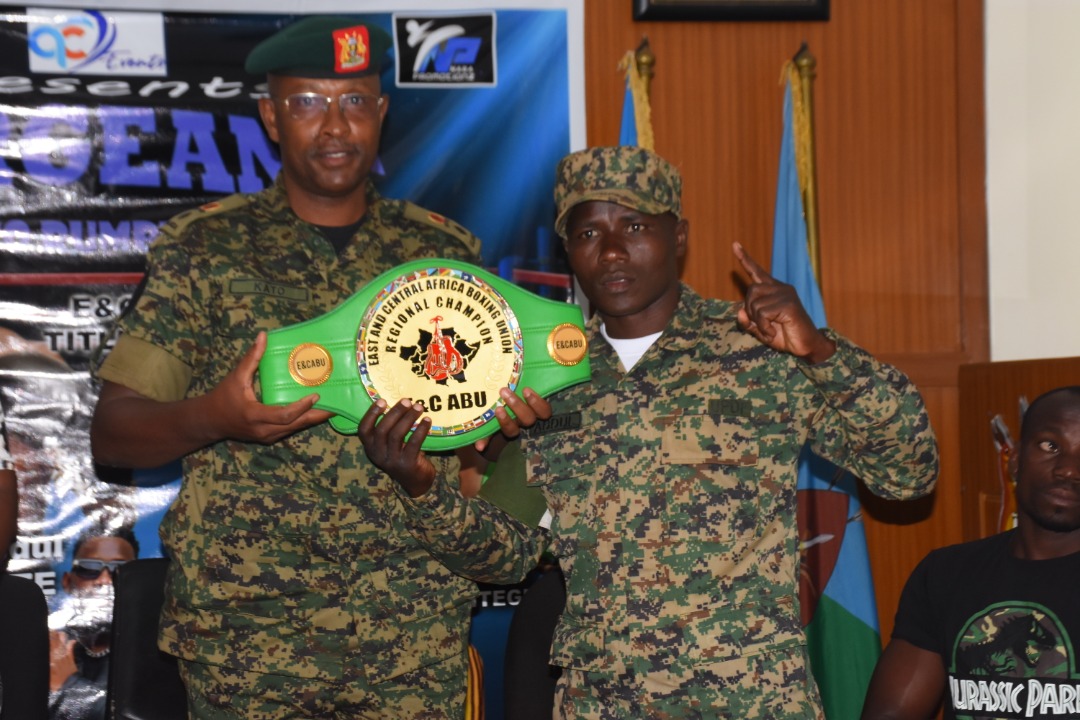 UPDF boxer Abdul Ssebute and Musa Ntege have intensified training ahead of their East and central Africa boxing union title defence bouts due next month April 8th at the Bombo military barracks playgrounds.

Sergeant Ssebute is set to defend Bantamweight title (52 kgs) when he takes on Tanzanian champion Hajji Juma Mwalingo in the 10-round main fight.

Ntege will also defend his cruiser weight title (86kgs) against Tanzania’s Imani Daudi Kawaya in another 10-round piece of action.

“I am ready to defend the title because I already dedicated it to my bosses in UPDF. I thank UPDF for facilitating me and helping sports talents like me,” noted Ssebute, who has won all his seven professional bouts by knockout.

“I am a soldier and our job is to fight. During the war, death is inevitable but the good thing in the ring chances of dying are minimal.”

I want to beat that Tanzanian and forget about the name of his country and route back home,” he added.

The 31-year-old won the title in 2019 after prevailing over Swedhi Mohammed from Tanzania and took a long to defend the title due to COVID-19 restrictions.

For Musa, it is about pride and an avenue to bigger titles. “I want to fight for dollars and my journey is on.”

“This is a done deal, I now want to face the top rated boxers on the continent,” noted Musa, who also won the title in 2019 after beating Paul Kamatha from Congo.

The fight night was launched on Monday by Lt. Col. Dr. (Phd) Damian Kato Abooki at the UDPF headquarters in Mbuya in the presence of event promoter Babu Bussein of NARA promotions and officials from Uganda professional boxing commission (UPBC) led by Vice president Maurine Murangira.

Basic principles of an Worldwide Marriage