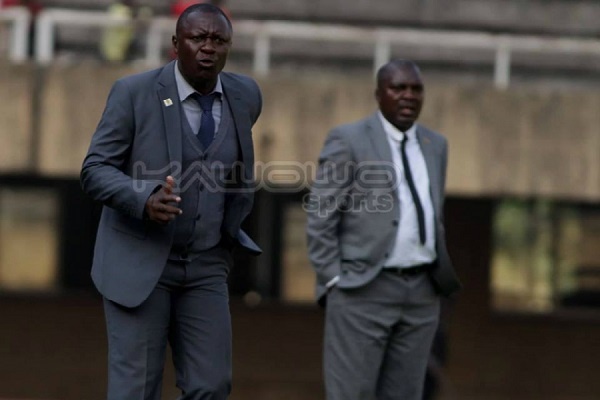 Uganda’s first ever All-star football match is here. The StarTimes All Star game between Team Dubimax Hasule and Dubimax Kirunda is slated for Monday, September 27, at the MTN Omondi stadium and will be broadcast live on Sanyuka Television.

This will be a build up to the 2021/22 StarTimes Uganda Premier League season that is expected to kick off on the 16th of October.

Before the main football party officially starts, the precursor is set for Monday as two of Uganda’s best football coaches Mike Mutebi and Sam Ssimbwa lead teams Dubimax Kirunda and Team Dubimax Hasule respectively against each other for the title of Uganda’s first football All-star champion.

The players were initially selected from last season’s StarTimes Uganda Premier League by the fans through SMS and online, as the two coaches each selected 16 players who formed their respective teams.

Meanwhile Mutebi will be in charge of URA FC’s Derrick Ndahiro, Shafik Kagimu, KCCA’s Sadat Anaku, and Vipers SC’s Ibrahim Orit among others.

The coaches who are both currently unattached are excited about the opportunity to renew their touchline rivalry one more time.

“I understand all Ugandan football players and how they play so expect a good game on Monday,” Siimbwa asserted.

“Mike Mutebi and I are friends, but not when on the touch line, when the princes face off, expect fire,” he added.

On his part, former KCCA FC coach Mike Mutebi declared: “The preparations have been going on well.”

“We may not be with Vipers players but the rest shall join the team and we expect to have at least 13 players by Sunday.”

“This is a good Initiative and the players will benefit so much from it,” said Mutebi.

The StarTimes spokesperson Christine Nagujja believes there will be a lot of team work and a lot to expect from this game.

“We are bringing together players from different clubs who have been rivals so I believe the Monday game will be entertaining.

As StarTimes, we aim at developing Ugandan football, we hope this initiative will help in promotion of the upcoming 2021/2022 StarTimes Uganda premier league season,” said Christine Nagujja.

Below are the final list of players and their respective coaches; 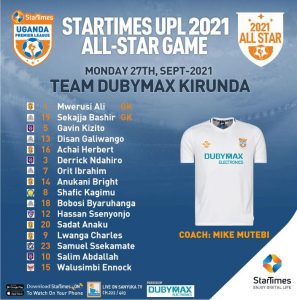 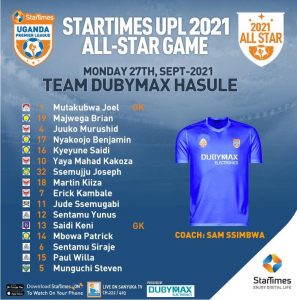