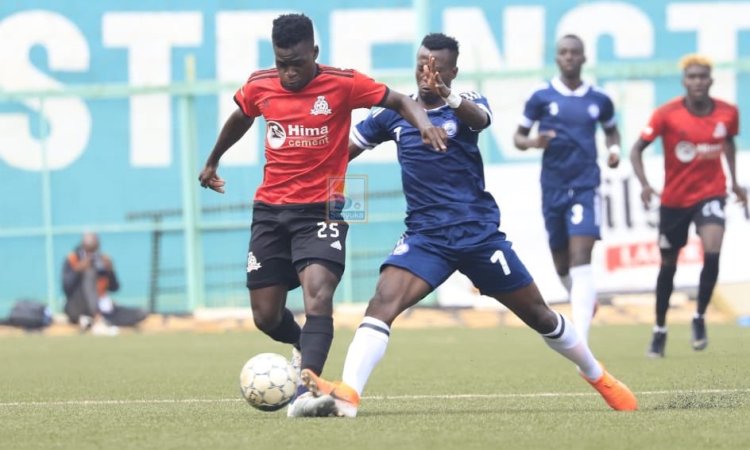 Police FC coach Abdallha Mubiru has said that his side has no fear despite the underdog tag they have been given ahead of their Stanbic Uganda Cup semi-final against Vipers SC at the FUFA Technical Centre in Njeru on Tuesday.

Mubiru admitted that Vipers has a very good team, but he does not see his side as being inferior or underdogs in any way to their opponents.

Vipers were one of the pre-tournament favourites and have been living up to the expectations, winning all but one of their games on their road to the semi-finals.

The Cops themselves have been dominant throughout their Uganda Cup campaign, scoring the highest number of goals of any of the four sides remaining in the tournament.

“We respect our opponents but we do not fear them at all,” Mubiru declared during the pre-match press conference, adding; “They are not special and we are surely ready to play against them.”

“We have prepared to face them, I am sure the preparations have not been the best due to the ongoing pandemic, but at least what we have done is enough to get the result.”

“Playing in the semi-finals motivates everyone at the club. The team is so committed to play and reach the final,” he stated.

Mubiru who is in his fifth year in charge of Police, will want to get his hands on his first piece of silverware for the club.

“It is everyone’s dream to win something when the season is concluded. If we can win this tournament, it will be a cover up for missing the league title.”

“Everyone at the club is very prepared, the players most especially. It is a good moment for everyone involved in the game.

“The lads are not only looking to pick the three points available but also looking forward to playing a great and entertaining game for our fans to enjoy after a long time without football,” he concluded.

With the Uganda Cup semi-finals coming months after their initial set date in May, the tournament organisers have maintained that only the licensed for the 2020/21 season are eligible to be used.

Mubiru will be without a number of their players who have since moved on. Denis Rukundo and Ben Ocen moved to Rwanda, while Derrick Kakooza has also joined a club in Latvia.

However, captain Tony Mawejje is part of the team in camp at Njeru so is defender Hassan Muhamood and goalkeeper Tom Ikara.

On the other hand, the game will be the first time Brazillian coach Roberto Oliviera takes charge of the club since he took over coaching reigns at Kitende in August.