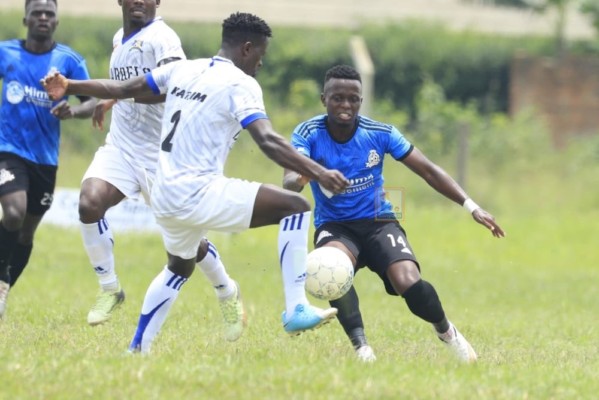 Vipers SC has a chance to make it to two back-to-back Stanbic Bank Uganda Cup finals when they host Mbarara City FC in the second leg of their semi-final tie tomorrow Tuesday at the St. Mary’s Stadium, Kitende.

The reigning champions come into the game with a slim advantage having picked up a 2-1 win in the first leg at Kakyeka Stadium last week.

Mucureezi Paul and Karisa Milton scored for the Venoms while Arigumaho Seiri netted for the Ankole Lions.

According to Vipers SC head coach Oliveira Roberto, his side’s objective is to defend their crown and he believes that they have all it takes to reach the final.

“We have been a consistent team throughout the season and as well we hold the advantage after winning the game played last week.”

“We won this trophy last season and that motivates us more to do whatever we can to defend it.”

“Mbarara City is a strong team and that was seen with the way they played a week ago and the way they usually play whenever they play against Vipers but we want to win this trophy again,” the Brazilian noted.

Meanwhile, Oliveira’s counterpart Ssempigi Sadiq says that this tie is far from over and that Mbarara City will try to overturn the first leg result and advance to their first-ever final.

“From the way we played in the first leg, I believe we were the better side even though we lost the game.”

“Our display on the pitch was impressive and it is the same spirit that we have carried with us ahead of tomorrow’s game.”

“Everyone is determined and we all believe that it is still very much possible to win this game and make it to the final,” Ssempigi stated.

The last time Vipers hosted Mbarara City at Kitende was in the StarTimes Uganda Premier League and the former defeated the latter 2-0 in April this year.

The winner on aggregate will face the victor on aggregate in the other semi-final between BUL FC and Booma FC where the Oil Manufacturers are holding a 5-1 advantage from the first leg played in Masindi last week.