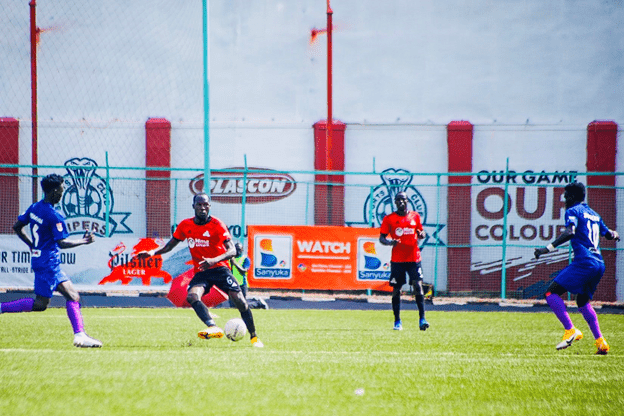 Roberto Oliveira’s Venoms are in the last eight for the fifth time in six years as they continue to chase their first league and cup double in the club’s history.

BUL Bidco FC, runners up last year were also drawn against fellow top flight side SC Villa who squeezed through the round of 16 over Onduparaka.

Former Villa striker Alex Isabirye will bring his high-flying BUL side to the FUFA Technical Centre in Njeru, and he will hope they can go a step further to achieving the dream of winning a major title for the club.

Police FC felt the wrath of giant killing Mbale Heroes at the round of 16, and Mbarara City are next to face their wrath when they visit the Kakyeka Stadium.

A resounding 4-0 win over Iganga Young delivered the Ankole Lions to the quarter-finals for the first time in the club’s history.

Booma FC and Maroons FC will face off in the other quarter-final match up with the games scheduled to be played between 24th -27th April 2022.

All the teams that will be eliminated at this quarterfinals stage will walk out with UGX six million courtesy of an improved sponsorship package.

The headline sponsors of the competition Stanbic Bank and Plascon Paints improved the prize money for this season’s Uganda Cup from UGX 166 million to UGX 179 million.

The overall winner will bank UGX 50 million, runners up UGX 25 million, while the two losing semi-finalists will receive UGX 12 million each.

‘We shall party at my success’ Byekwaso happy to silence ‘doubters’