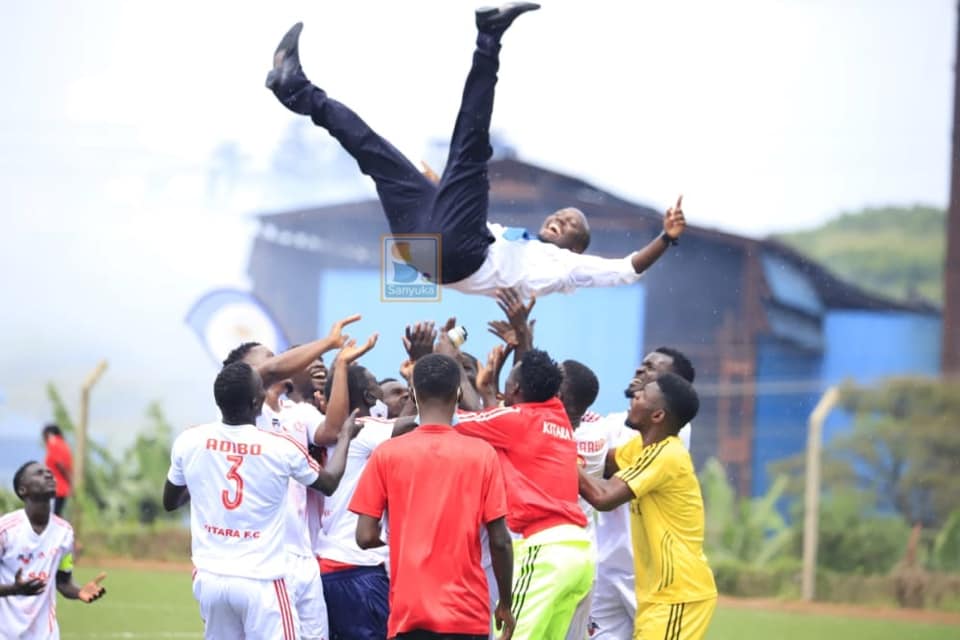 Ugandan football has returned on live television in style. The StarTimes FUFA Big League play-off final between Hoima based Kitara FC and Kiboga Young played at the FUFA Technical Center in Njeru today was televised live on Sanyuka Television.

Going into the game, all eyes were on the two coaches. Kiboga Young’s Richard Makumbi was looking to add the Mbale based outfit to his long list of promoted sides while his opposite number Mark Twinamatsiko was aiming to add Kitara FC to The Saints, that he guided to the top flight in 2015.

As expected, it was a tight contest from the start. Kiboga Young came close in the 2nd minute of the game but Kitara FC’s shot-stopper Jamil Kiyemba denied them.

Kitara’s Brian Mululi almost broke the deadlock with a powerful effort but Stephen Makumbi was equal to the task.

Kitara FC returned fired up. 15 minutes into the resumption, Brian Mululi gave his side the lead as he headed home after Kiboga Young’s defenders failed to deal with a freekick.

Twinamatsiko’s side held onto their lead until the final whistle to earn the final slot in the next upcoming StarTimes Uganda Premier League.

The people of Hoima meanwhile were watching all the action live on Sanyuka TV and were sent into a frenzy by the result.

After the game, the losing coach Richard Makumbi confirmed that he will leave the club to join Nyamityobora FC while his opposite number credited his boys for playing to the script.

To make it to the final, Kitara FC beat Kataka 7-6 on penalties following a goalless draw in normal time while Kiboga Young came from behind to beat Ndejje University 3-1.

Unlike the previous seasons, there will be no big-league final to decide who takes the first place.

Proline Football Club are the defending champions of the StarTimes Fufa Big League.

Muhindo on target as Villa battle to dramatic victory at Wakiso