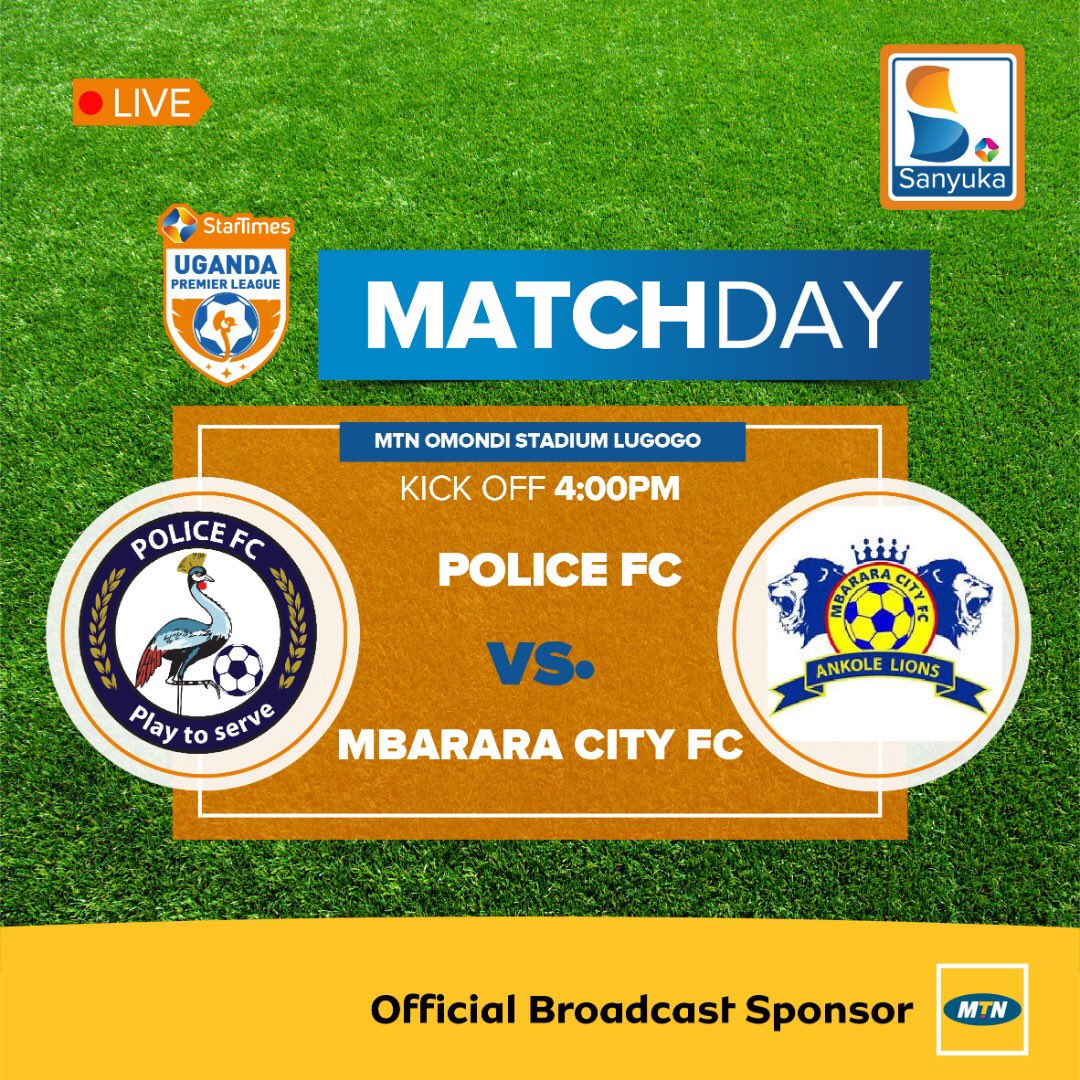 The Cops’ hopes to bounce back to the title chase as they host the Ankole Lions of Mbarara City FC in a live Television match at MTN Omondi Stadium in Lugogo. Police FC played for a 2 all draw with Bright stars in the previous match while Mbarara City FC beat Kyetume FC 3-1.

The hosts are without Ben Ocen, Samuel Kayongo, Tonny Mawejje, Fahad Kizito, Bashir Kabuye, Timothy Oyamo, and Edward Kiryowa who are injured in addition to young star Derrick Kakooza who is still with the Uganda hippos.

Mbarara City FC shall also miss out on Raymond Onyai, Bashir Mutanda, Solomon Okwalinga, and Sulaiman Bamba who are injured

The hosts are 5th on the table with 20 points and a win pushes them past KCCA FC to the 4th position while the visitors who are 13th on the log with 10 points also need maximum points to un seat Wakiso Giants from the 11 position.

Defending champions Vipers SC target to return to the summit of the StarTimes Uganda Premier League table as they host Bright Stars today.

The venoms are fresh from a 3-1 win on the road against Onduparaka FC the first time the club won a league match at the stadium while the visitors drew 2 all with Police FC in their previous match.

Captain Halid Lwaliwa, Ahmed Amayo and Siraje Sentamu return for the match on the side of Vipers SC. Lwaliwa and Sentamu missed a trip to Arua while Ahmed Amayo recovered from fever. On the other hand, Milton Karisa is still injured in addition to Abraham Ndugwa who is out for a metatarsal problem. The club shall also miss Bobosi Byaruhanga, Richard Basangwa and Aziz Kayondo who are out on national duty with the hippos.

Bright Stars welcomes back their midfielder Marvin Joseph who injured his head during a two all draw against Police FC over the weekend.

Vipers SC technical staff members of Fred Kajoba and Paul Kiwanuka in addition to midfielder Jamil Kalisa face their former side while Joseph Janjali, Methiodious Jjungu, and goal keeper Edwin Bbule who are now in Solito Brght stars squad were part of earlier Vipers’ set up.

A win to vipers puts them on top of the log while the reverse pushes the visitors to the 8th position.