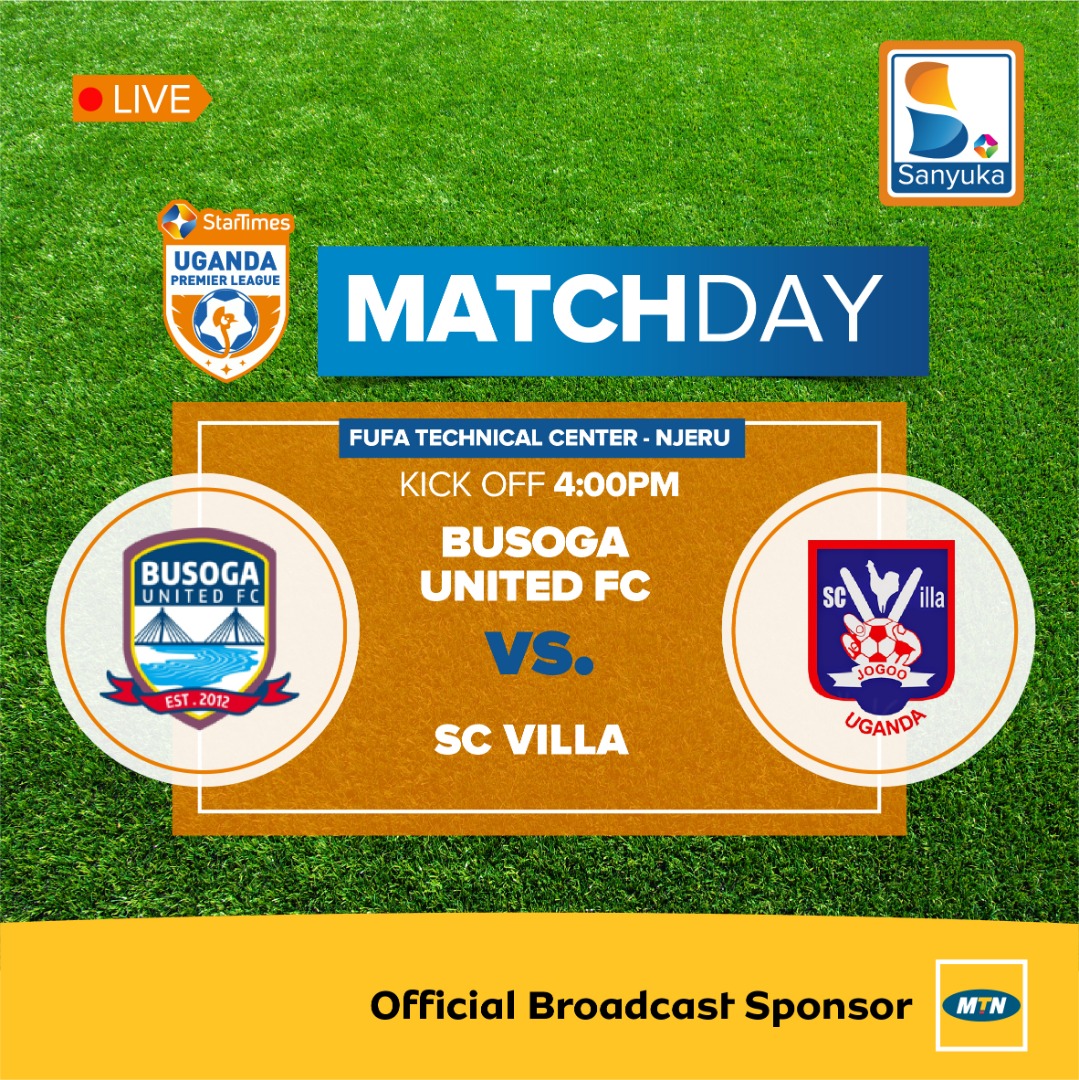 In the early kickoff of the day, the slaughters host SOLTILO Bright Stars. Kyetume FC lost 3-1 to Ondupara FC at Greenlight Stadium in their previous match while the visitors beat UPDF FC 3-0.

On a good note, Kyetume FC may have goal keeper Joel Mutakubya fit for today in addition to Emmanuel Derrick Were while Nicholas Kasozi still is yet to return to the club’s training camp.

Winless Busoga United host record league owners SC Villa in the second match to be played at Njeru technical center. The match shall be live on Sanyuka TV the home of sports. The hosts have played in two consecutive draws of Mbarara city and Bright stars and like new comers of Kitara FC and MYDA FC, Busoga United is yet to win a match in the 8 matches played drawing 4 and losing 4 while SC Villa won two previous marches of a 1-0 win to MYDA and 3-2 to Kitara and has since accumulate 14 points.

Coach Abbey Bogere Kikomeko, Busoga United’s head coach, is returning to the touchline today after missing out on matches against Mbarara City and Onduparaka FC.

13-league champions are out for the second successive league victory for the first time since 2020 as they face the purple sharks of Wakiso Giants.

KCCA FC returned to winning ways over the weekend when they humiliated new comers MYDA FC 5-0 after a four matches’ winless stretch and would want to consolidate from that positivity.

Wakiso Giants shall miss out on the new signings of George Kaddu and Frank Ssebuufu who are yet to be fully licensed but the old guns are all fully fit according to coach Daglous Bamweyana whiles the visitors still miss out on Julius Poloto,Gift Ali and experienced defender Denis Iguma.

KCCA won 1-0 the only meeting the two sides have had in the league.

Table leaders who also double as defending champions Vipers SC host Jinja-based BUL FC in the quest to consolidate their position on the log. The hosts won their previous match and are yet to lose a match this season while the visitors were humiliated at home by Express FC.

Vipers SC miss goalkeeper Derrick Kiggundu who is out with an injury while forward Ceaser Manzoki and defender Rashid Toha are back in training. The former limped off during a win to police FC while the latter was injured during a match against Kyetume FC.

BUL FC is yet to win at St Mary’s stadium and still miss out on Joseph Ssemujju, Peter Onzima, Deogracious Ojok, and Abul Malik Vitalis Tabu who are injured while defender Kenneth Ssemakula is on national duties with the Uganda hippos in Mauritania.

Fresh from their biggest win so far this season, the Red Eagles of Express FC visit MYDA FC today.

Wasswa Bbosa has a fully fit squad to his disposal. The hosts are 15th on the log with one point and are yet to register a win this term while the sisters are 3rd on the table with 16 points and are yet to lose a match.

Online dating Tips — Be Your self

Kigonya elated with return to Cranes