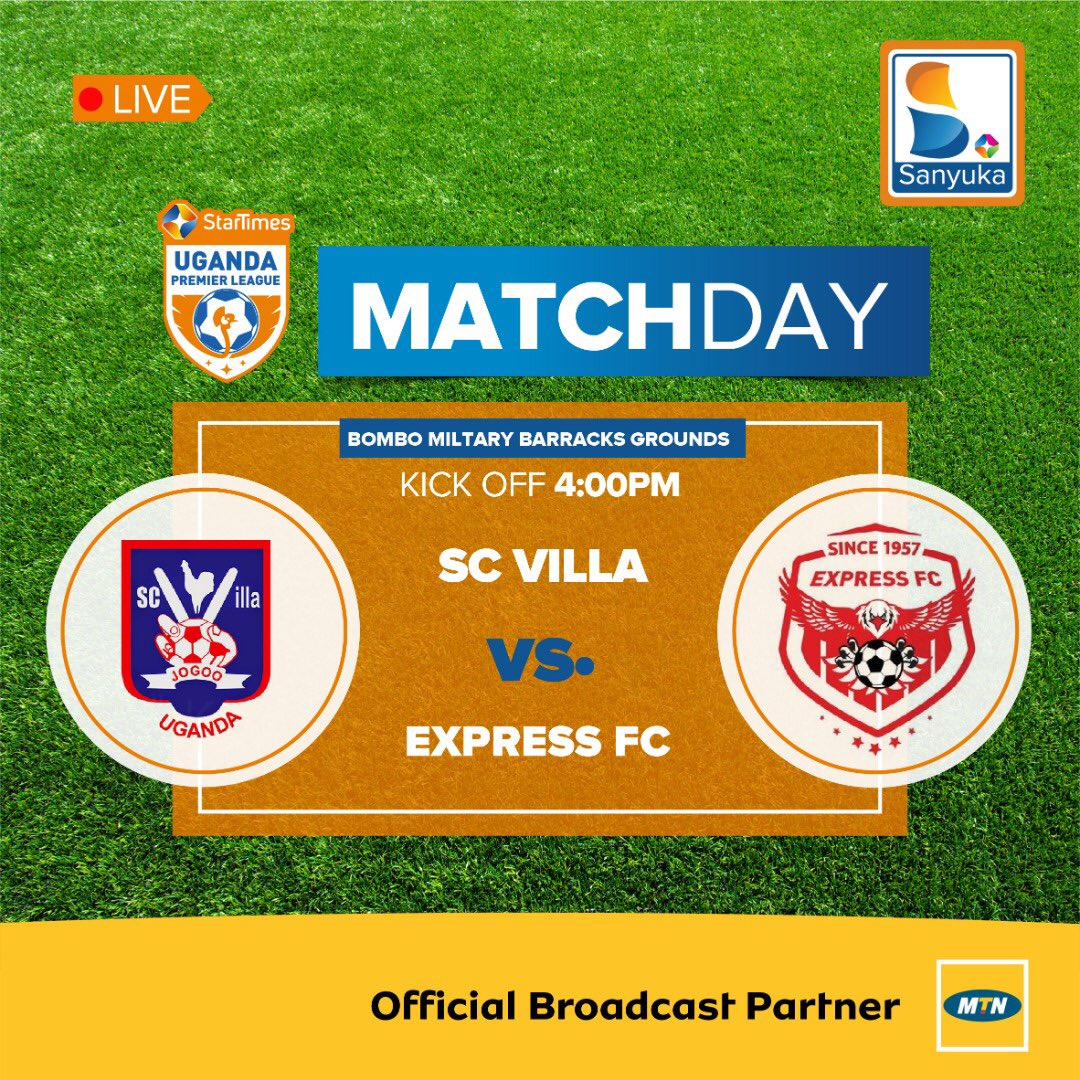 SC Villa hosts Express FC in the StarTimes Uganda Premier League live match on Sanyuka TV. Gone are the days when this was Uganda’s biggest football rivalry. SC villa is fresh from a 3-0 victory over Ndejje in the Uganda cup while Express FC beat Kyetume 1-0.

The Red Eagles won the reverse fixture 1-0 thanks to George Ssenkaba’s effort and will now be looking to complete a double against their perennial rivals, a feat they last achieved way back in the 2013/14 season.

Express FC are by far a better side this season compared to SC Villa sitting 3rd on the log with 35 points while the Jogoos are 6th with 28 points and despite the changing times, the fixture remains a derby.

SC Villa head coach Edward Kaziba feels that it’s their chance to revenge over first leg defeat and feels that a win over Ndejje was good enough to boost their moral.

“It’s a derby but everyone on my team is re-ignited after Ndejje win.” Kaziba said.

SC Villa’s left back Derrick Ndahiro awaits a late fitness test after missing a win over Ndejje while Ronald Ssekiganda returns after serving his suspension during a win over MYDA FC for accumulated.

Express the services of birthday boy Murushid Juuko who received marching orders during a win over URA FC in addition to Abel Etrude, Authur Kiggundu and George Senkaaba who are injured.

Express FC head coach Wasswa Bossa says that they are ready for the challenge.
“We have prepared well after our last game over Kyetme and we have been concentrating on the mistakes. We respect our opponents but we are going to Bombo to win,” Said Bossa.