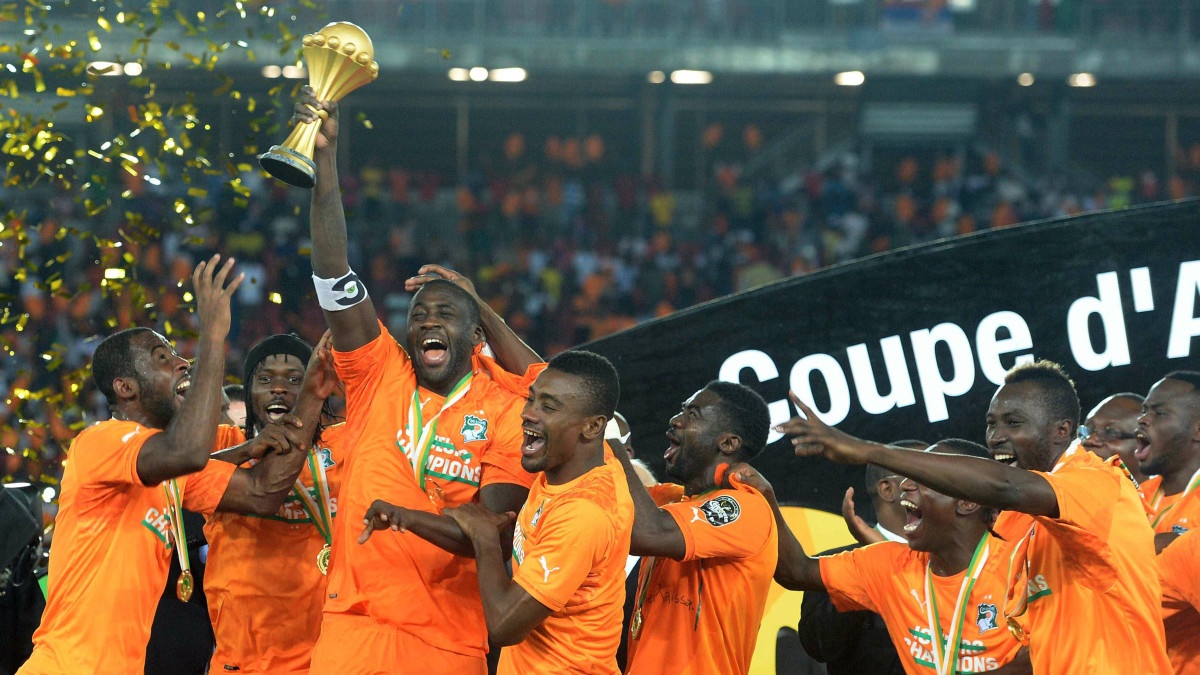 Twice champions and twice runner-ups, Les Elephants of Cote d’Ivoire are undoubtedly one of the most successful teams in the history of the Africa Cup of Nations.

The Ivoirians tasted their first glory in 1992, and after two heartbreaking shootout finals they added their second title in 2015. Ironically, their four final matches witnessed no goals and were all decided by penalty shootouts.

A goalless draw with Congo paved their way to the quarterfinals where they needed an extra-time goal from Donald-Olivier Sie to defeat Zambia 1-0.

In the semis, Cote d’Ivoire had a barren stalemate against Cameroon before winning 3-1 on penalties to reach the final for the first time in their history.

Once again, penalties will be needed after a goalless draw with Ghana, with the Ivoirians winning 11-10 after 12 penalties each to lift the trophy.

They did so with their goalkeeper Alain Gouamene not conceding any goal in the process. Also, current president of the Ivorian Football Federation, Augustin Sidy Diallo, was the Team Manager.

After losing the final by penalty shootouts twice (2006 and 2012), the penalty gods finally smiled for Cote d’Ivoire in 2015.

Les Elephants started their Group D campaign with two back to back 1-1 draws with Guinea and Mali, before defeating Cameroon 1-0 to top the group.

In the quarterfinals, Cote d’Ivoire overcame Algeria 3-1 to reach the semifinals, where they defeated DR Congo by the same score.

The final was a “Deja-vu” of the 1992 with neighbours Ghana, and the Ivorians again won 9-8 on penalties after a goalless draw in full time and a complete round of penalties, with goalkeeper Boubacar Barry the hero.

Byekwaso named Manager of the month for August